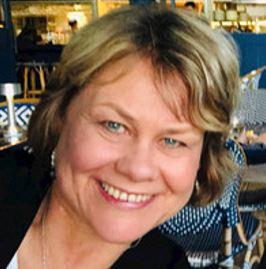 The awards for women in or entering IT is one element of a larger campaign aimed at motivating young people to help close the gap between tech workers needed and tech workers available, according to CompTIA exec Nancy Hammervik (pictured). By Rich Freeman
Tweet

Drones. Robotics. Artificial intelligence. IT has arguably never been more interesting than it is today.

Yet motivating young people to enter IT has arguably never been harder, despite the fact that there will be a million open and mostly well-paying jobs in the technology sector by the end of this year, according to Hammervik.

CompTIA has made solving that puzzle the focus of an ambitious series of initiatives that include its second annual Advancing Women in IT Spotlight Awards. Sponsored by the association’s Advancing Women in IT (AWIT) community, the awards program is one of numerous efforts aimed at encouraging women and people of color in particular to pursue tech industry jobs.

“They don’t have the mentors and the coaches and the role models to inspire them that they can have a career in tech,” Hammervik observes. “We all need that, and we want to celebrate that.”

The AWIT awards call attention to three particular kinds of role model for women: “technical pacesetters” with top-rank technology skills and a reputation for community service; mentors who nurture the careers of other women; and industry leaders regularly consulted for insights and expertise.

Nominations will be accepted through June 1st for all three of those awards, plus the CompTIA/ChannelPro Cecilia Galvin Scholarship Award. Named after former ChannelPro Executive Editor Cecilia Galvin, who passed away two years ago, that honor grants $5,000 to a high school senior with a 2.7 or higher GPA, a strong interest in technology, and a history of helping others in her school and community.

Last year’s winner, who is currently pursuing a degree in electrical computer engineering, demonstrated both her passion for IT and her intrinsic leadership abilities as a member of TechGirlz, a Philadelphia non-profit that seeks to get young women interested in technology. Looking to scale the group’s impact more broadly, CompTIA’s Creating IT Futures charity acquired TechGirlz in March.

“We have been partnering with TechGirlz for quite some time,” Hammervik says. “Our intent is just to take what they’re doing, what they’ve done really well, and give them the resources and support to do more of it.”

Investments like that are one way CompTIA is taking on tech workforce challenges. Advocacy and evangelism through AWIT, as well as CompTIA’s Advancing Diversity in Technology and Future Leaders communities, is another. A central message underlying that outreach is that the IT industry, contrary to popular belief, is not suffering a “skills gap.” It’s suffering a confidence gap.

Much of the work CompTIA does in local school districts now aims to close that gap. “We’ve done research where we know that by 13 years old or so, a student may not know exactly what they want to do in life or what their career is, but they know what they don’t want to do,” Hammervik notes. “We want to do as much as we can, kind of early intervention at that middle school level, to encourage children when they don’t have these biases and stereotypes towards the industry.”

The Road to Success Is Paved with Service
END_OF_DOCUMENT_TOKEN_TO_BE_REPLACED

Jabra PanaCast Review - Get Your Huddle On
END_OF_DOCUMENT_TOKEN_TO_BE_REPLACED