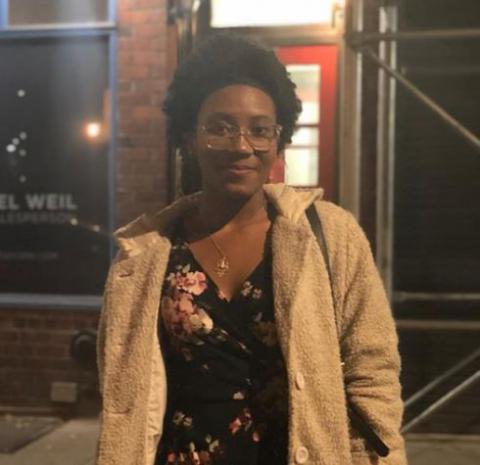 Sarah Johnson, the first-ever winner of an award named after former ChannelPro Executive Editor Cecilia Galvin that goes to young women interested in technology, is putting both the funding and the vote of confidence she received to good use in college. By Rich Freeman
Tweet

College has undoubtedly changed Sarah Johnson in any number of ways, but in two fundamental respects, at least, she remains true to who she was when she received the first-ever CompTIA/ChannelPro Cecilia Galvin Scholarship Award: She still looks forward to pursuing a career in technology, and she still loves nothing more than getting hands-on with computer hardware.

Named after former ChannelPro Executive Editor Cecilia Galvin, who died in 2017, the award Johnson took home last August is one of four now handed out annually by CompTIA’s Advancing Women in Technology (AWIT) community. Nominations for the 2019 AWIT Spotlight Awards are being accepted now.

A former editor of Popular Science magazine, Galvin was a pioneer in the male-dominated tech media world who believed passionately in helping other women make their way into the industry that fascinated her. The award named in her honor therefore recognizes a high school student with an interest in technology who stands out as a leader in her school and community.

Those words describe Johnson perfectly. A dedicated tinkerer since her earliest years, Johnson has been building robots since the sixth grade and winning medals at high-profile science and engineering fairs for almost as long. She’s also served TechGirlz, a Philadelphia non-profit dedicated to helping young women cultivate an interest in IT, as a technical teaching assistant and peer mentor.

Currently pursuing an undergraduate degree in electrical computer engineering at the New York Institute of Technology (NYIT), in Manhattan, Johnson has spent much of her freshman year doing exactly what makes her happiest—experimenting with diodes, transistors, capacitors, and other electrical components. Her work has included designing a complete electrical circuit.

“It’s really fun,” Johnson says. “You get to see how you can do the numbers for it, and actually how the circuit would run.”

Johnson is no stranger to technology design, either. Years before going to college, she invented not one but two GPS devices from scratch. One is designed to help parents locate lost children. The other automatically alerts caretakers when a loved one or patient with dementia wanders outside a home or assisted living facility. Both are temporarily on hold while Johnson dedicates her time to coursework.

“I’m going to try working on them in the summer,” she says, noting that she hopes to find a faculty sponsor for her efforts and showcase one or both products in NYIT’s annual research conference next year.

According to Johnson, the prize money associated with her award helped make attending NYIT possible. The school has proven to be an excellent fit for her. “The classes are small, and you really get that one-on-one with the professor if you need help with anything,” she says.

Winning the Cecilia Galvin Scholarship Award has had more than just a financial effect on Johnson’s life, however. It’s also given her added confidence to speak out, take chances, and compete. Earlier this year, for example, she participated in a robotics competition hosted by engineering professional association IEEE. Hers was one of three teams to advance to the next round.