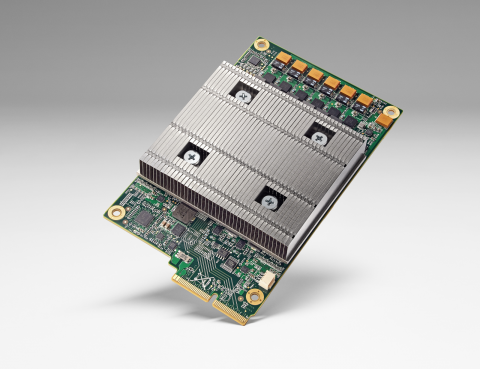 If you thought 2017 was a wild ride for the processor market, wait until you see what 2018 has in store. By James E. Gaskin
Tweet

GUESS WHAT, SYSTEM BUILDERS? Competition has returned to the processor market. Intel, the longtime market leader, is feeling the heat on multiple fronts from a variety of manufacturers.

Foremost among the strengthening rivals is AMD, which raised the ante last year with the introduction of a batch of new chips. Its Ryzen desktop and server processors, built on the new Zen architecture, had a noticeable impact on the company’s performance-per-dollar ratios, according to Linley Gwennap, president of the Linley Group, a semiconductor analyst firm in Mountain View, Calif.

“AMD’s new chips were aggressive on pricing, giving the same performance as Intel for about half the price,” he says. “This might roll back the price inflation we’ve seen the last several years.”

Not surprisingly, Gwennap points out, Ryzen got Intel’s attention in a hurry, resulting in a flurry of upgrades that were well overdue. “AMD put 32 cores in their server processor,” he says. “Intel’s Xeon was limited to 22, then got pushed up to 28 to keep up with AMD. Intel was improving their products before, but the new features appeared at a rather leisurely rate.”

“It’s a crazy world right now, so hang onto your CPU.”

All that activity has had a less positive effect on Intel’s short- and long-term product plans, however, according to Rob Lineback, senior market research analyst at IC Insights Inc. of Scottsdale, Ariz. “Intel sees AMD’s new EPYC server processor as a threat, and their product roadmap got convoluted as they launched products in response.”

Keeping up with the competition may be an ongoing battle for the processor market leader, suggests Lineback. While the 8th Generation Intel Core (aka Coffee Lake) processor family the company is now shipping features 14-nanometer technology, AMD is expected to introduce 7-nanometer chips soon.

AMD isn’t Intel’s only concern either. “Some believe Intel has lost the lead in processing manufacturing technology to Qualcomm and others using a 10-nanometer process,” Lineback continues, mentioning that company’s 48-core Centriq server processor as an example. He also notes that Qualcomm is partnering with Microsoft to port the Windows 10 operating system onto ARM-based processors like the Snapdragon 835.

The 5 Essentials from Your Endpoint Security Partner
END_OF_DOCUMENT_TOKEN_TO_BE_REPLACED