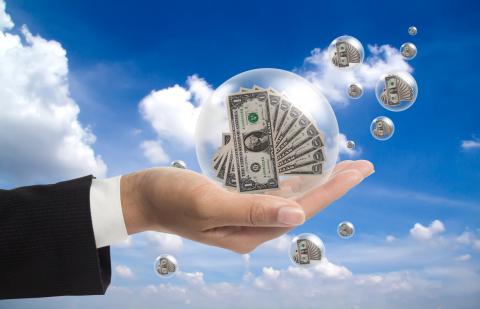 Office 365 gets all the attention, but channel pros can make money reselling Microsoft’s Azure platform-as-a-service solution too. By James E. Gaskin
Tweet

Azure, the cloud computing platform run by Microsoft, first appeared in February 2010 as Windows Azure. In April 2014, the name changed to Microsoft Azure, the marketing push started, and sales ramped up. "Customer demand is strong now and getting stronger," says Alex Brown, CEO of 10th Magnitude, a 30-person systems integrator in Chicago, "focused 100 percent on the cloud."

Brown walks the walk. "There has never been a server in our business the five years we've been open." His hardware consists of a router and a couple of printers, besides client systems. But he knows how to start customers on Azure: "Backup and disaster recovery is the easiest way to start. It's a defined solution and sale."

Joseph Holko, director of technical operations for Greenwich, Conn.-Lighthouse Technology Partners, a 25-person business that was the New York Metro Microsoft Cloud Partner of the Year in 2014, believes too many dealers remain behind. "Most resellers are just learning about the power of Azure and are unsure how it will influence the future of technology," he says. Other firms may want to try using Azure the way Holko does. "We use Azure primarily as a low-cost alternative for a co-location site." Both Lighthouse and its customers trust Azure for disaster recovery and business continuity support.

Nikkia Carter, however, has had no luck selling Azure to her customers. The CEO and owner of Carter-McGowan Services LLC, a five-person firm in King George, Va., says her company sells Office 365, but not Azure. "I don’t have any customers asking for it," she says. Her customers remain paranoid. "It's still sometimes a hard sell, because they don't understand how the cloud can [offer] more security than their own on-premise hardware. They don't realize they've been using the cloud forever." Carter would like Microsoft to push Azure more, and says she saw evidence of a higher Azure profile at the recent Worldwide Partner Conference.

For Love of Azure
On the opposite end of the Azure spectrum is Phidiax LLC, a consulting firm in Denver with 10 architects who are all partners in the business. The specialist group works with Microsoft to support clients. "This is an easy service to sell," says Jason Sauers, founder and CEO. "Quick setup to deploy a website on Azure and only spend a couple of dollars per month." He sees no reluctance in his customer base. "We've seen a continual ramp-up: about a 10,000 percent increase in Azure usage. Microsoft is truly the leader in this area." He admits there were growing pains, but those are fixed. "Azure now has a refresh cycle quarterly and some amazing products rolling out. A problem today will not be a problem tomorrow."

While Sauers focuses on services and gets only small residual payments for Office 365 installations and the like, Brown's business lives on the cloud-based cash flow model. "It will cost you a lot of money to make the change," he admits. "The first 12 to 18 months you won't make as much. After that, things will get better and you'll have a smoother revenue stream." Whereas before a reseller might get thousands of dollars of margin on the sale of physical storage, setting up a virtual contract may mean $500 per month, of which maybe $100 will be margin.

Brown doesn't sell the cloud on savings alone, or at all. "Our message is not about cost reduction. It's not necessarily cheaper to move to the cloud,” he says. “But it's a whole lot faster to set up and administer and frees up lots of time to do more important things. And you get away from patching."

Nerdio Wants No One Left Behind on the March to the Cloud
July 6th, 2022