ICYMI: Our Channel News Roundup for the Week of November 8th 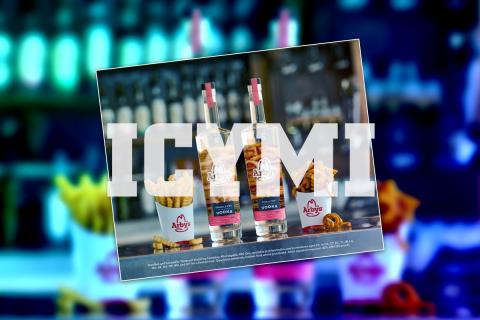 An MDM service from Apple, Windows 11 support from NinjaOne, a $14 billion deal for McAfee, and three signs that Christmas has arrived sooner and weirder than ever are among the many stories we waited all the way until now to tell you about. By James E. Gaskin
Tweet

Gentlemen (this isn’t sexist but directed at the vast majority of those who procrastinate buying Christmas gifts), start using your credit cards today. Do not wait until Black Friday or the Monday after like you do every other year. Sure, in the past you’ve strolled through the mall on Christmas Eve and found your significant other a suitable gift (supposedly). If you wait that long this year, you’ll come home empty-handed, because the supply chain has broken for gifts the way it has for GPUs. Make today Black Friday. 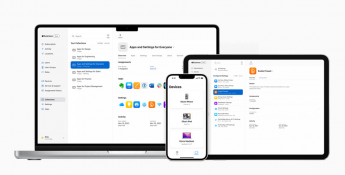 Avnet and Digital Realty teamed up to develop “try and buy” cloud-based universal video streaming products. The first unit up uses a 3rd Gen AMD EPYC-based server with a Xinlinx U30 FPGA accelerator card for high performance and flexibility.

The sales acceleration platform folks at Zomentum joined The Tech Tribe MSP community and will offer contract and proposal templates to IT solution providers. 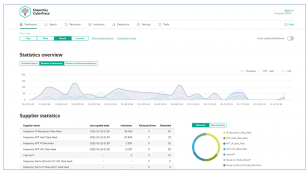 Security news. Among other things, the ginormous wave of new stuff from SonicWall ensures that all 17 virtual and physical firewalls on its Generation 7 platform are now all able to implement SonicWall’s Boundless Cybersecurity model.

An expansion of the Arctic Wolf Security Operations Cloud now reaches across the entire globe thanks in part to a new European SOC in Frankfurt, Germany. The Arctic Wolf cloud handles 1.6 trillion security events each week.

Venn launched LocalZone with technology to address security and compliance for hybrid work forces by allowing remote users to keep professional and personal computing activities on the same device separate.

In addition to stopping ransomware in the cloud, Clumio Protect for Microsoft SQL Server on Amazon EC2 also protects against other attacks with low RTO numbers. 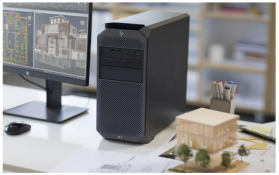 Other product news. Remote doesn’t have to mean low-powered, at least not with the high-performance collaboration tools from HP like those available through the new Z workstation (sample pictured), Teradici, and NVIDIA Omniverse Enterprise subscription that delivers remote collaboration across multiple systems and applications, at the edge or in the cloud.

HP and IGEL put IGEL OS on HP thin clients for the new work-from-anywhere world. The IGEL OS can be factory loaded on HP t430, t540, and t650 devices.

Some Supermicro systems revved up with new NVIDIA Ampere-family GPUs, including the NVIDIA A100, A30, and A2. Ten times more AI inference performance, faster automatic speech recognition insights, and more.

Hardware-as-a-Service player Xyte (formerly known as SyncPro) now offers hardware manufacturers a way to run their HaaS business from one end to the other using Xyte’s “digital products” to provide scale for customers and inventory management for vendors.

Mitel tagged RingCentral as the exclusive UCaaS partner for its more than 35 million customers. RingCentral MVP integrated with Mitel’s CloudLink for easy migration.

Small businesses and accountants in the U.S., U.K., Ireland, and Canada using Sage can now get Zapier workflow automation software through the Sage Marketplace.

McAfee agreed to be acquired by an investment group for $26.00 per share, for an estimate of over $14 billion after assuming McAfee debt.

The global 2021 Cloud Adoption Survey from O’Reilly found that cloud adoption kept growing this year despite challenges from cost and regulatory requirements. 90% of respondents reported using cloud computing, compared to 88% last year, but almost half (48%) plan to migrate 50% or more of their applications to the cloud in the coming year, which will be a substantial increase. Managing cost was the top issue for 30% of all respondents in almost every industry sector. Of the cloud-hesitant, 19% tagged cost as the second most important reason to wait with only regulatory requirements higher (21%). Most said they use multiple cloud providers, but Amazon Web Services (62%), Microsoft Azure (48%), and Google Cloud (33%) remain the most popular. 45% use a private cloud, while 55% use traditional on-premises infrastructure. 47% rely on a cloud-first strategy, 30% said they already went cloud native, and 37% plan to reach that level within three or more years. Among those, security was the largest concern at 59%.

Armis surveyed 400 IT professionals in healthcare and 2,030 from various industries and found that while 58% of healthcare IT people said their organization was hit with ransomware, 61% of non-healthcare IT folks said they’ve never heard of a healthcare attack in the past 24 months. Hmm, despite reports on attack vectors like pneumatic tubes, HVAC systems, and tow type of B. Braun infusion pumps? Speaking of attack vectors, there are now 430 million connected medical devices deployed worldwide. 33% of potential patients said they’d been a victim of a healthcare cybersecurity attack. Hence the fact that data breaches of confidential patient info were the top concern for healthcare IT pros at 52%. Biggest risk at 49% were threats to hospital infrastructure. Concerns listed about medical equipment included 43% worried about imaging machines, 40% about medication dispensing equipment, 39% for check-in kiosks, and 33% about vital sign monitoring equipment. 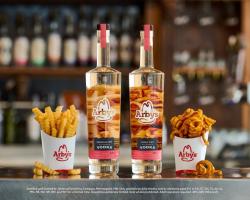 Merry (and weird) Christmas. As we mentioned earlier, time to start that Christmas shopping. To help, KFC has a knitted sweater to keep your chicken-filled buckets warm. It’s called the “Finger Lickin’ Chicken Mitten Bucket Hugger,” and supplies are limited.

What to wash it down with? Arby’s Crinkle Fry and Curly Fry flavored vodka, of course. Again, limited supplies.

Afraid you’ll be caught with a warm drumstick in one hand and Curly Fry vodka in the other? You’re in luck, since Cobb County, Ga., Superior Court Chief Judge Robert Leonard posted an order on Twitter banishing nosy Elf on the Shelf snitches. Judge Robert claimed it was all in jest, but surveillance drones are everywhere, right?

ChannelPro 5 Minute Roundup for the Week of January 23rd, 2023
END_OF_DOCUMENT_TOKEN_TO_BE_REPLACED