ICYMI: Our Channel News Roundup for the Week of May 8th 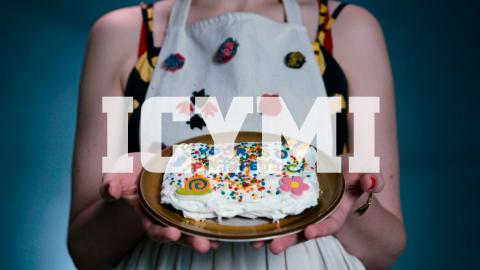 More announcements out of Dell, Microsoft, and NVIDIA than we know how to count and a strange yet wonderful new way to put Internet trolls in their place are among the many, many stories we didn’t get around to writing about this week.

We’re not proud of it, but the ugly truth is we do a lot of pleading for pity in this space. But not this week. Nope, this time we demand your pity. I mean, it’s not like we didn’t report anything this week. We had plenty of stories for you, all week long. But the industry powers that be started absolutely inundating us with news on Monday and pretty much never let up from that point forward.

In fact, we’re guessing you had trouble keeping on top of it all too. Let’s sift through it all together.

First mover advantage. That Monday morning deluge we alluded to just now arrived courtesy of Dell EMC, which held its annual Dell EMC World event this week. The conference, formerly known as EMC World, is nominally affiliated to the Dell Technologies business unit now known as Dell EMC, but in fact (as the show’s home page notes) was hosted this year by the entire “Dell family of brands,” which includes the Dell client computing unit, VMware, RSA, and others. Much of what that family had to say was applicable chiefly to big businesses, but there were some announcements of more than passing relevance to SMB partners as well.

First off, Dell is now the latest major OEM to offer subscription-based hardware pricing. And while it’s a little late to market (HP introduced a comparable program close to a year ago, and Microsoft—which, it still feels strange to say, qualifies as an OEM these days—followed suit a month later), Dell’s offering is unusually expansive, encompassing storage and hyperconverged infrastructure as well as PCs.

And as long as we’re discussing hyperconverged infrastructure, new Dell solutions in that category debuting this week include an entry-level system for SMBs priced at $25,000 and up. Dell positions that and other HCI systems it introduced this week as a solid base for its new Dell EMC VDI Complete Solutions, which businesses can either configure on their own or buy (from Tech Data, if they like) in pre-packaged bundles for as little as $8 a seat per month.

Last but not least (OK, least), there was new management software and advisory services for Internet of Things deployments from VMware, along with an associated open source edge computing framework.

And as long as we’re discussing VMware…We should note that they made a few further announcements from Dell EMC World, including:

Think that’s a lot of news for one event? It was nothing compared to what we got from Microsoft at its annual Build developer show this week. In fact, we’d need about a month’s worth of ICYMIs to take you through it all, so we’ll focus on a few highlights instead:

Artificial intelligence: The latest manifestations of Microsoft’s ambitious vision for AI reached market in the form of 29 new cognitive services developers can tap into to translate speech, analyze images, search the web, and more. (More quietly, Microsoft also filed a patent for what might be called an artificial nuisance technology: Software for smart glasses that watches everything you eat and then nags you about nutrition and weight loss.)

Developer tools: Microsoft shipped new APIs for its Graph service that give coders broader access to data stored in Office 365 applications, put Visual Studio for Mac into general availability, and rolled out Azure-hosted implementations of the MySQL and PostgreSQL databases.

Office opportunities: Developers can now publish extensions to Teams, Microsoft’s recently released “chat-based workspace” (i.e. Slack clone) in the Office Store. Perhaps more significantly, ISVs can also embed their SaaS products directly within Office 365 apps--provided said SaaS products are hosted on Microsoft Azure. Given that there are 100 million active users in the addressable Office 365 market at present, according to Microsoft, and more joining theme every day (Office 365 commercial revenue jumped 45 percent in Microsoft’s most recent quarter), this is a potentially huge competitive advantage for Azure in relation to Amazon Web Services and Google Cloud Platform.

Oh, and there was news about something called “Windows” too. On day 2 of Build, mind you. Windows isn’t quite the belle of the ball she used to be in Redmond, apparently. In any event, we now know that the forthcoming edition of Microsoft’s client operating system formerly known as Redstone 3 will be officially named Windows 10 Fall Creators Update and will feature the new Fluent Design UI system, previously dubbed Project NEON.

The new OS will also include tools designed to help people share information and experiences across Windows, Android, and iOS devices, offering proof positive that Windows has abandoned the mobility battle once and for all in a strategic bid to win the larger war for relevance at the edge of the cloud. In fact, Microsoft has embraced the spirit of cross-platform kumbaya so thoroughly that it intends to add Apple’s iTunes app to the Windows Store by the end of the year.

Before we move on past artificial intelligence...It’s worth mentioning that other tech world big shots made AI news this week too:

Let that sink in for a moment. 21 billion transistors.

But wait, there’s more from NVIDIA on the AI front. Lots more, actually. The chip maker (which does a whole lot more than make chips these days, so we’ll need some new shorthand way to refer to it) also pulled the wraps off of a new artificial intelligence SDK and a new GPU Cloud offering centralized access to a complete stack of AI development software. Coders can run that stack on PCs bearing a TITAN X or GeForce GTX 1080 Ti -processor too, if they wish, or on one of NVIDIA’s new DGX supercomputers.

Those announcements were made at the company’s GPU Conference, by the way, at which NVIDIA also unveiled new video and audio SDKs for virtual reality coding and Project Holodeck a “photorealistic” virtual reality environment.

There was partnering news out of that conference too: Microsoft joined IBM in adding NVIDIA Tesla P100 GPU accelerators to its public cloud, Supermicro put the same chips in some of its servers, and Hewlett Packard Enterprise stated its intention to utilize the new Volta processors, once they’re “available in production quantities,” in 3 of its hardware lines.

Pity poor Ivanti, OpenStack, and ServiceNow. They staged big events and made significant announcements this week too but got drowned out a bit frankly by Dell, Microsoft, and NVIDIA. So let’s all pay them a little overdue attention and note that:

Good gravy, there was more product news this week? Hard to believe, but yes, there was:

There was more non-product news too. Such as:

And what was the deal with board appointments this week, anyway? I mean, there were 3 of them, for pete’s sake:

Sweet, sweet revenge. Watch yourselves, trolls! Push one of your would-be victims too hard on Twitter or Facebook and you could wind up receiving...a cake?

Yes, at long last recipients of abusive social media comments now have an option far more satisfying than just ignoring it and far more creative than replying in kind. For a mere $35, Troll Cakes will send that certain someone trolling you online a delicious chocolate chip brownie iced with their rude and insipid remarks. Operated out of a Brooklyn, N.Y. apartment, the business is the brainchild of founder Kat Thek, who for an extra $25 will track down an anonymous troll for you and make sure they get the tasty and (one assumes) delightfully perplexing serving of shame and defiance they deserve.

In fact, the only hitch in this whole inspiring venture is the possibility that it could give Internet harassers an incentive to keep on harassing in the hopes of scoring some free baked goods. Indeed, Thek’s cakes look so good that some of us here at ChannelPro are thinking of giving trollery a try just to see if we can motivate someone to send one our way.