Dell Is All Ears 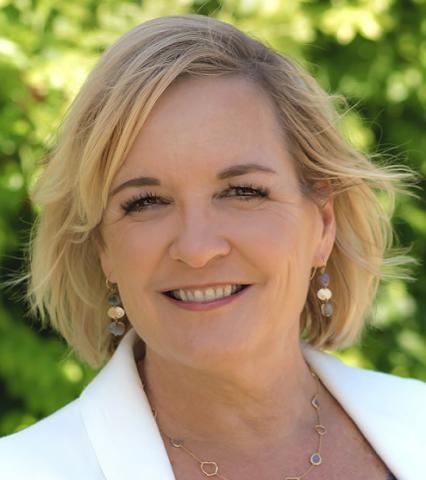 According to channel chief Joyce Mullen (pictured), listening intently to partners is a key reason Dell has gained traction with channel pros in the two years since its epic merger with EMC. By Rich Freeman
Tweet

GOT SOME THOUGHTS ABOUT DELL? Speak up, channel pros. The giant hardware maker is listening.

“Michael [Dell] likes to say we have really big ears,” notes Joyce Mullen, channel chief for the Dell EMC partner program. Officially launched last February, five months after the former Dell Inc. and EMC Corp. merged to become Dell Technologies, that program supports both the company’s Dell client hardware channel and its Dell EMC server, storage, and cloud resellers. According to Mullen, everything about it was shaped by partner input.

“The mantra of the Dell EMC partner program is all about being simple, predictable, and profitable, because we know that’s what our partners demand and should expect,” she says. It appears to be a winning formula as well: Dell took home top honors for best partner program in ChannelPro’s most recent Readers’ Choice Awards.

At present, some 3,000 companies worldwide hold gold, platinum, or titanium status in the program, which earns them access to rebates, lead-generation programs, and market development funds, among other benefits. Another 100,000 partners with authorized status can register deals, apply for financing support, utilize training resources, and more.

Enabling all those companies to do business with Dell more easily is one of Mullen’s core focus areas this year. “We’re a pretty complex, broad company with a great portfolio, which is terrific,” she says. “That also means there’s lots of different parts of the company that we have to get coordinated.”

Accelerating the processes for getting price quotes, registering deals, and collecting rebates are top near-term objectives, Mullen adds, as is providing more technical sales assistance to the vendor’s SMB channel partners. “Some of these storage products in particular are quite complicated, so making sure they have access to people who could help them with different options or on configuration is a really significant priority for us,” she says.

Longer-term objectives include helping partners cash in on huge but still emerging opportunities like the Internet of Things and artificial intelligence through the creation of new solution competencies and product bundles. The company introduced a new set of preassembled IoT solutions last month, Mullen notes, and has a new batch of server configurations tailored to artificial intelligence workloads due this month.

Coming soon as well is a new initiative aimed at encouraging Dell EMC partners to sell products from Dell Technologies subsidiaries like VMware and SecureWorks by paying extra incentives on multibrand deals and synchronizing training programs and certification processes across business units.

“If we ask our partners to understand the details around virtualization, for example, that credential would apply not only to partner status in the Dell EMC program, but also to the VMware credentialing process,” Mullen explains.

Partners can expect to see a range of new self-service resources in the future too. “Our partners really want to be self-sufficient, but we don’t have the tools in place to allow them to do that broadly yet,” Mullen observes. “We have some really terrific pockets of that, but we’d like them to be able to do that everywhere.”

Not that a shortage of self-serve tools is holding Dell’s channel back. Partners landed 14,800 net new customers in the first quarter of Dell’s fiscal year alone. Other Q1 highlights included 14 percent revenue growth, a 20 percent increase in PC sales, and a whopping 41 percent spike in server sales.

“This notion of us being better together is definitely working,” says Mullen of the Dell Technologies brand portfolio. It’s also one of the best reasons for channel pros to partner with Dell, she adds, citing the company’s VxRail hyperconverged infrastructure solutions as an example. The offerings in that product family, which according to Mullen have been popular with SMBs, include a blend of components from VMware, Dell, and the former EMC.

Have some thoughts on improving those products? Don’t be shy about it. According to Mullen, at least, Dell’s all ears.