Zyxel Ships Switches for Use With IP Surveillance Solutions 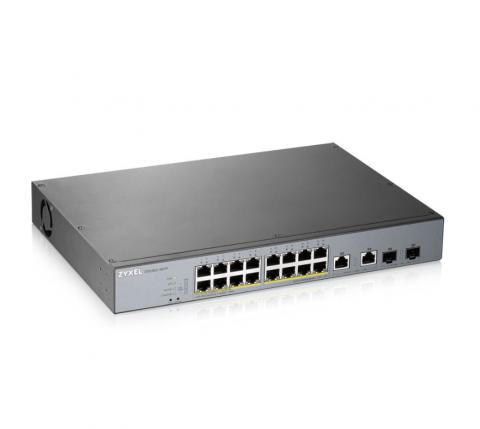 Zyxel Communications has introduced a line of network switches specifically designed for use with video surveillance deployments.

The seven devices in the all-new GS 1300 and GS 1350 product families are designed to help managed service providers and integrators capitalize on rapidly growing demand for video-based physical security solutions.

Products in the new switch portfolio come with a variety of features tailored to the requirements of video surveillance implementations, such as Gigabit Power over Ethernet. “You only have to have one cable running to each camera to both power it and to transfer the data,” Soares says.

The new units support longer cable runs of up to 820 feet as well, versus the more typical 300. “Oftentimes, these cameras are up a pole outdoors,” Soares notes. “You don’t want to have a switch or something in the middle of the cable run to boost the power and to boost the signal along the way. You want to just run the cable straight to the camera.”

Channel pros who take advantage of that extended cable length will see performance drop to 10 megabits per second. “But that’s fine because you’ve only got one device hanging off the cable,” Soares says. “10 megabits is very adequate for that one camera.”

Reinforced surge protection in the new switches aims to prevent voltage spikes, due to lightning strikes for example, from damaging an entire deployment. “It’s got more isolation from the other cameras on the network, so it’s less likely to bring down all the devices on the network,” Soares says.

Should a camera stop functioning, meanwhile, the Zyxel switches are equipped to detect the loss of signal and recycle power to that device automatically. “Oftentimes, just by rebooting the camera, the camera will come back,” Soares notes. That can save service providers money, he adds, by reducing truck rolls.

Other use case-specific features in the new products include an augmented power budget of up to 375 W.

The GS 1300 series contains three unmanaged switches, all available now, that range from 8 ports to 24. The smallest of those devices lists at $179.99 while the biggest sells for $349.99.

The four managed switches in the GS 1350 series begin at 5 ports and go up to 24, with list prices running from $169.99 to $499.99. Slated to ship by the end of August, they come with a web-baced management interface that technicians can use to adjust configuration settings and reboot cameras.

Gold-level members of Zyxel’s partner program get an additional 20% discount when they purchase GS 1300 or 1350 switches through distribution. Silver partners receive an incremental 16%.