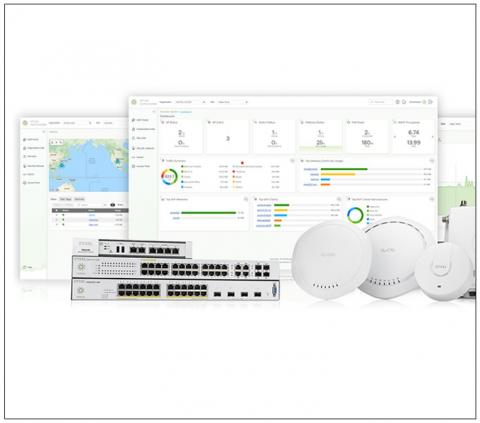 Centralized cloud management is increasingly must-have functionality among channel pros in the market for networking gear, according to Zyxel Networks, which is currently supporting close to 250,000 devices through its Nebula administration system.

MSPs view cloud platforms like Nebula as antidotes to “the monotony of having to configure and reconfigure pretty much the same thing over and over and over again,” and as a means of widening their geographic reach, according to Tri Nguyen, Zyxel’s manager of business networking products, who spoke with ChannelPro at last week’s SMB Forum event in Chicago.

“We typically find partners are very regional,” he says. “They tend to only service a very small area until they realize it’s not that hard, not much more difficult, to expand beyond that if they want to go to the next county or the next city over using Nebula.”

In particular, he continues, Nebula enables channel pros to deploy access points, switches, and firewalls at sites hours away from the home office without rolling a truck using the system’s zero-touch installation functionality. Partners can scan a QR code on a product’s packaging to import information about the device into their Nebula instance, and then ship the unit to their client.

“You can preload and preconfigure the product before it even gets turned on at the customer location,” Nguyen says, noting that Nebula shortcuts that process by allowing users to create and apply customized configuration templates.

Clients can complete the installation process themselves when the new product arrives, using cabling instructions about what to connect where. “It will dial home, get internet connectivity, call home back to our Nebula platform, and then get its profile, its firmware, and anything that needs to be updated,” Nguyen says.

Third-party installers are available to do such work on a one-off basis as well. “Now you don’t have to have a certified network engineer go on site to do some of these installations,” Nguyen says. “All you need is somebody who can plug in some ports.”

According to Nguyen, Nebula has spurred partners who previously resold lower end networking products without cloud management to standardize on Zyxel hardware. “If you have to roll a truck, you don’t want to drive four hours to get to a customer location,” he says.

An integrated stack of antivirus, intrusion detection, content filtering, anti-spam, and other software has made the company’s firewalls an attractive option for SMB buyers as well, he continues. Zyxel introduced a new “Connect and Protect” security service for its access points with IP reputation filtering technology and throttling functionality that automatically prioritizes traffic from business-critical applications in January.

Almost every product Zyxel makes is compatible with Nebula, according to Nguyen, including the company’s growing family of Wi-Fi 6 systems. The most recent addition to that portfolio is Zyxel’s WAX630S 802.11ax Dual-Radio Unified Pro Access Point, an affordably priced system introduced in March that’s designed for use in high-density environments such as hospitality and retail locations.

ChannelPro Weekly Podcast: Episode #225 - Tech Babysitters
How To Learn about Information Technology on Your Own
END_OF_DOCUMENT_TOKEN_TO_BE_REPLACED