What’s Next for TechSelect? 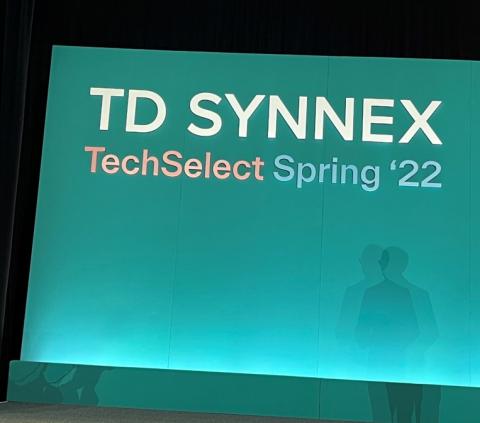 A peer-to-peer collaboration portal, assistance with operational problems, and help tracking vendor promotional offers are all on the way or under consideration for the TD SYNNEX partner community, according to executives and advisory council members. By Rich Freeman
Tweet

Meetings of TD SYNNEX’s TechSelect partner community like the one that took place in Phoenix this week are a chance for the distributor’s executives to talk up strategic topics like building solutions and for members to network with one another. They also, however, give the company an opportunity to update partners on new benefits and collect feedback from the community’s advisory council on possible new ones.

Among the ideas floated by council members at past gatherings is an online platform that would allow TechSelect partners to learn about and collaborate with one another between in-person meetings.

“What they’re asking for is a way in which they could better understand how to do more with each other,” says Sammy Kinlaw, senior vice president of sales communities for North America at TD SYNNEX. “Where are they? What vendors do they sell? What are their specialties? Where do they have vertical expertise?”

That’s information members can exchange only rarely at present, notes advisory council member Doug Westervelt, who is also CEO of Portland Internetworks, an MSP and solution provider in Portland, Ore. “We get the opportunity to get together with our peers twice a year, but I think continuity throughout the year helps.”

Kinlaw plans to roll out a system to fill that need in the second half of 2022. “We’ve been looking at tools,” he says.

New ideas proposed by council members this week include establishing a role within TD SYNNEX that Kinlaw provisionally refers to as an “ombudsman” who would be tasked with helping TechSelect members resolve operational snags.

TechSelect members run into such needs regularly, and an account manager is often not the best person to help. “It has to be somebody who is much more focused on solving problems than selling SKUs,” Westervelt says.

Council members also asked TD SYNNEX to consider creating another role dedicated to helping TechSelect members understand and take advantage of the many discounts, promotions, and other short-term offers that vendors announce throughout the year. According to Kinlaw, most partners find simply keeping track of such deals challenging.

“Most of the advisory council members said they get checks from vendors every week and they have no clue how they made the money,” he says. “It’s accidental success.”

It’s bad news for TechSelect’s sponsoring vendors too, because it means the message they were hoping to plant with partners got lost in transit.

“I know from running a vendor that that’s heartbreaking, because there’s so much effort put into these incentives,” says Kinlaw, who held senior channel roles at Lenovo and Lexmark earlier in his career.

Kinlaw’s eager to eliminate the issue for vendors and partners alike, if he can figure out how to do it without breaking the bank. “That’s going to be really hard to do, and I will not be able to do it for 400 members,” he says. “Is there a way in which I can do it for 40 members or 50? Maybe so. More to come.”

ICYMI: Our Channel News Roundup for the Week of January 23rd, 2023
END_OF_DOCUMENT_TOKEN_TO_BE_REPLACED