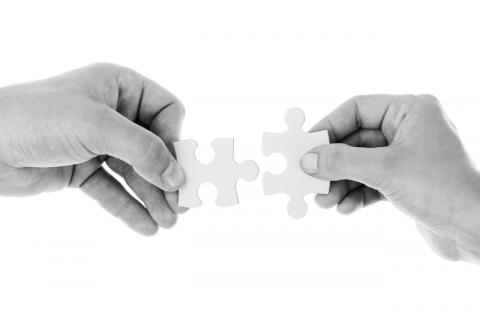 Due to ship in the fourth quarter of the year, the new interface will equip storage partners to links their products to Veeam’s BDR software with minimal assistance from Veeam itself.

Veeam has disclosed plans to create the first integration API for its business continuity platform.

Announced today at the VeeamON partner and user conference in New Orleans, the new addition to the Veeam Availability Suite will enable storage vendors to create links between that system and their own products with minimal assistance from Veeam, a Swiss company with U.S. headquarters in Atlanta.

IBM, Lenovo, and INFINIDAT, which helped Veeam develop the new API, will also be the first three vendors to use it.

The Veeam Availability Suite exchanges data with products from Cisco, Hewlett Packard Enterprise, and other partners today, notes Andy Vandeveld, Veeam’s vice president of global alliances. Those integrations were manually coded into the product by Veeam engineers, however, at the rate of about one per release cycle.

“Building up relationships with storage vendors when you’re doing things sequentially like that is not optimal,” Vandeveld says. “There was a realization that we’ve become a big company and we’re a platform and we need to enable vendors to be able to do some of the integration work themselves.”

Allowing vendors to link their solutions with Veeam’s platform on their own, he continues, will arm partners with existing integrations to create additional ones more easily while also enabling Veeam to forge new integration partnerships. The company has no set target for the number of new alliances it adds, however.

“We have high hopes,” Vandeveld says. “We’ll see how it plays out.”

Though providing an API will spare Veeam from a lot of labor-intensive effort, the company still plans to invest time running new integrations through the same rigorous pre-launch quality assurance process it utilizes today.

“We test the hell out of everything to make sure that it’s rock solid before it gets released in the market,” Vandeveld says. “We’re not going to take our hands off of that.”

The new API will ship with the next version of Veeam Availability Suite, which is slated to ship in the fourth quarter of this year. Veeam made other details about that release public for the first time today, including that it will add support for physical servers and NAS devices to existing protection capabilities for virtual and cloud-based machines.

“[It] will allow vRealize customers to be able to see what’s happening within their availability infrastructure and to manage that within vRealize,” says John Metzger, Veeam’s senior director of product marketing.

A new tie-in with software from DataGravity Inc., of Nashua, N.H., meanwhile, will allow Veeam users to search backups for data governed by privacy regulations or needed in connection with e-discovery requests, while a new solution from Middleton, Mass.-based StarWind Software Inc. will help businesses store virtual tape backups generated by Veeam software in the Amazon Web Services public cloud.

Veeam is expected to introduce more new solutions and capabilities for its product suite at tomorrow’s concluding VeeamON general session.