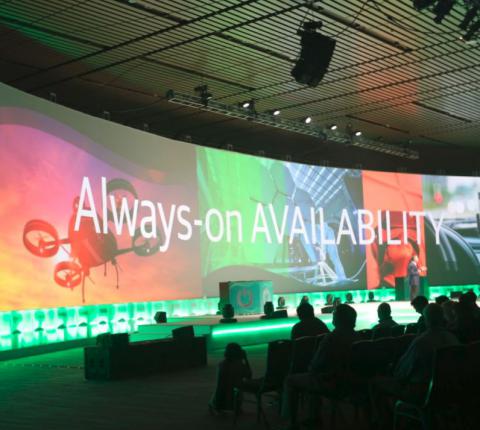 Two new Veeam solutions introduced at the VeeamON partner and user conference allow businesses to recover data in Microsoft’s public cloud without having to keep a costly backup environment continuously up and running.

Veeam Software has introduced a new solution that lets businesses use Microsoft Azure as a restore target for disaster recoveries.

The announcement is among the last in a long series made this week by Veeam, a Swiss business continuity vendor with U.S. headquarters in Atlanta, at its annual VeeamON partner and user event, which wraps up today in New Orleans. Those included information about the next release of the Veeam Availability Suite, which will add support for physical servers and NAS devices to existing protections for virtual and cloud-based systems, and an accompanying API.

The new solution for Azure, named Veeam Disaster Recovery in Microsoft Azure, combines 2 components, Veeam Availability Suite’s previously released Direct Restore component and a new system that automatically stands up a DR environment in Azure on an as-needed basis. Called Veeam PN for Microsoft Azure and available free of charge, the latter tool enables businesses to recover data in Azure during service interruptions without having to keep a costly backup environment continuously up and running.

“You only need to fire that up when you need it,” says Paul Mattes, vice president of Veeam’s global cloud group. “You’re not carrying the cost of the infrastructure ongoing all the time.”

In conjunction with the unveiling of both offerings, Microsoft revealed that users can now create and use Azure-based storage disks up to 4 TB in size. The previous limit was 1 TB.

To make administering Microsoft-based environments easier, Veeam also showcased a new edition of its Veeam Management Pack, due within the next few weeks, that integrates closely with the Microsoft Operations Management Suite, enabling technicians to support Veeam resources through the same interface they use to monitor and support other virtualized and cloud-based assets.

“This just makes it super simple for IT administrators to get insight and visibility into their IT portfolio about what’s going on, including everything Veeam-related,” Mattes says.

Veeam also stated today that version 2 of its Backup for Microsoft Office 365 solution, which is expected to reach market late in Q3 or early in Q4, will supplement existing email backup capabilities with backup and granular recovery support for Microsoft’s SharePoint Online and OneDrive for Business services.

“This is the most requested feature that we’ve had since we presented Backup for Office 365,” Mattes says.

That occurred 4 months ago, yet according to Veeam, over 11,000 organizations are already using the system. On Tuesday, Veeam rolled out an updated, multi-tenant edition of it that’s designed to help cloud service providers protect multiple deployments of Microsoft’s cloud-based productivity suite more easily.

LG Gram for Business 17 (2020): Big Reasons to Like It
END_OF_DOCUMENT_TOKEN_TO_BE_REPLACED