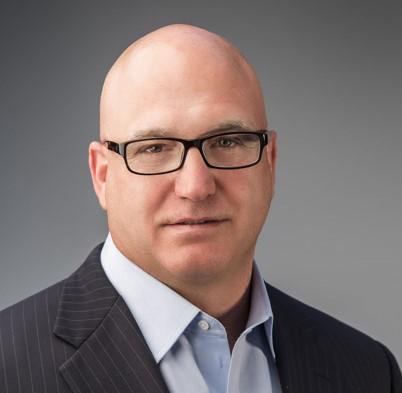 An outsourced marketing service and self-serve Cisco partner portal are two of several recent efforts by the distributor to sustain growth and attract MSP partners, according to sales exec Peter DiMarco (pictured). By Rich Freeman
Tweet

Discouraging inflation numbers have Wall Street predicting yet another interest rate hike from the Federal Reserve, and 63% of economists predicting a recession as a result.

None of that appears to be worrying D&H, however. “We’ve got the gas pedal down,” says Peter DiMarco, the distributor’s senior vice president of commercial sales, in a conversation with ChannelPro during the company’s THREAD partner conference in Anaheim, Calif., today.

Indeed, in conjunction with the “built for growth” initiative the company announced a year ago, D&H has added some 200 salespeople, extended $400 million of credit to its partners, doubled the size of the Components and Gaming Business Unit it launched early last year, and beefed up its Modern Solutions, proAV, and other business units.

The company’s latest partner investment, announced during a meeting of its PartnerFi peer community at the THREAD conference site this week, is an outsourced marketing agency called TechDrive Creative Studios that helps partners design collateral, build websites, run lead generation campaigns, and more. According to DiMarco, the new program is aimed squarely at an age-old challenge for channel pros.

“They still struggle with marketing,” he says. “They’re just not skilled in it.”

Chris Daly, president and CEO of EBM Inc., an MSP and solution provider headquartered in Trumbull, Conn., agrees. Marketing is not only difficult and unfamiliar but expensive, he says, adding that TechDrive appears to offer a range of needed services at reasonable rates.

Modern Solutions
The Cisco Duo application D&H recently added to its cloud marketplace, which DiMarco says will be the first of many, is similarly designed to streamline operations for Cisco partners.

“A managed service provider doesn’t have to make a phone call to acquire and provision a Cisco Duo application,” DiMarco explains. “They can do it right from our marketplace and through a push button tool.”

The Modern Solutions Business Unit that D&H launched in May is responsible for that offering, plus the cloud marketplace it runs on. In June, it announced an agreement to sell “configure to order” infrastructure solutions based on Hewlett Packard Enterprise’s as-a-service GreenLake platform as well.

“We’re betting big on GreenLake,” says DiMarco, who expects the HPE product to hold strong appeal among bigger SMBs and smaller mid-market businesses. “My whole sales team will be trained on GreenLake, the entire market-facing and go-to-market team at D&H,” he notes. Integration with the cloud marketplace plus technical and sales training courses are also in development.

Daly is one of many partners investigating D&H’s GreenLake initiative in Anaheim this week. “There’s a fit for everybody from our size all the way up,” he says. “We will definitely be looking deeper into it.”