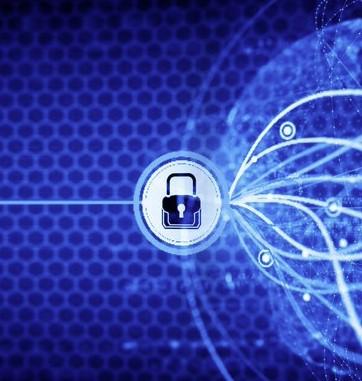 The new product, ThreatLocker’s first to focus on hardware rather than software, uses locally installed agents to provide safe, short-term network access to trusted devices, in real time and without help from VPN connections. By Rich Freeman
Tweet

ThreatLocker has added a network access control component to its zero-trust security platform for MSPs.

The company announced the new product during its 2022 Zero Trust World event, which is taking place through Wednesday in Orlando.

“Up until recently, we focused primarily on applications,” says Danny Jenkins, ThreatLocker’s CEO. “We wanted to extend that kind of framework into network access control.”

Doing so is difficult, however, he continues, because devices can’t be “whitelisted” for approved access in advance as easily as applications. “Networks run on IP addresses. You can’t take that away,” Jenkins notes. “The problem is your IP address changes all the time.”

VPN, the most widely used network access security tool at present, Jenkins adds, has problems of its own. “VPNs are slow and cumbersome and difficult, and they mean all of your internet traffic is routed through a central point,” he says. “If you’re in California and you want to connect to a service in Washington State and your VPN is in Florida, that causes massive amounts of problems.”

Citing products from Zscaler as an example, Jenkins says that other solutions with similar capabilities are oriented toward enterprise IT departments and comparatively expensive. “You’re talking about thousands of dollars.”

Deploying ThreatLocker NAC saves money on VPN services as well, Jenkins adds. “You’re going to be able to remove VPN access, because you don’t need to worry about that anymore.”

ThreatLocker NAC is the latest addition a product set that includes tools for application whitelisting, limiting application privileges, and providing secure access to files and storage devices. A fourth component that lets organizations set and enforce access privilege elevation limits on a person-by-person basis arrived in January of last year.

Together with the new network access control system, those are designed to form an integrated zero-trust security platform. ThreatLocker charges users a flat fee for use of that platform, plus smaller incremental fees for each platform component they deploy.

The company declined to specify pricing on the new offering to avoid disclosing that information to end users, who could use it to dispute price increases.

According to Jenkins, businesses with remote and mobile employees can no longer depend on traditional technologies like firewalls to keep networks safe. “The perimeter was already dying in 2019,” he observes. “Now of course, with a big jump in people working from home, traveling a lot more, and not having a static IP addresses, it’s gotten even more tricky.”