SYNNEX to SMB Partners: Cash in on Mobile Activations 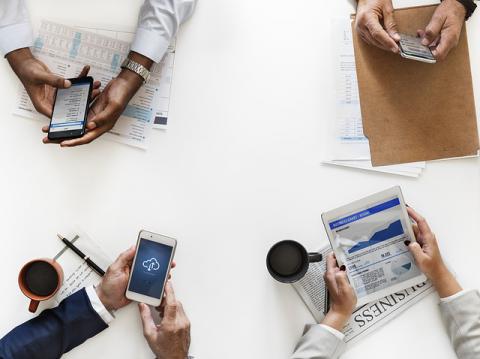 A referral program the distributor introduced last year and will expand in 2018 pays commissions to resellers when buyers of smartphones, tablets, and IoT devices activate mobile service with carriers like Verizon and T-Mobile. By Rich Freeman
Tweet

SYNNEX Corp. is encouraging channel pros to cash in on a mobility-related revenue opportunity many of them are overlooking: collecting commission payments for carrier service activation referrals.

Under a program the Fremont, Calif.-based distributor introduced last year, SYNNEX partners who register deals involving mobile-enabled hardware receive spiffs when customers activate those devices for service with carriers like Verizon and T-Mobile.

All SYNNEX resellers are eligible to participate in the program, and need only provide basic enrollment information and sign a sales agreement to do so. From that point forward, they can use a mobile activation portal within the SYNNEX ECExpress ordering system to record transactions involving mobile hardware. If the deal results in activation with a participating carrier, the partner receives a referral fee, typically within 60 to 90 days.

“It seems like it could be a great opportunity, especially because we’re selling those devices already,” says Sherif Mohamed, CEO of DigitalShopper.com, a reseller and solution provider in Richardson, Texas. “It’s another avenue for us to increase our margins on those products.”

Indeed, referral fees on mobile activations are 100 percent margin, according to John Phillips, vice president of U.S. SMB sales at SYNNEX, because the carrier does all the legwork involved in approaching the customer and signing them up for mobile service.

“We see this as an easy way for our resellers to make a lot of extra money,” he says.

Phillips, who spoke with ChannelPro this week at the spring meeting of SYNNEX’s Varnex partner community, in Indianapolis, emphasizes that partners can collect payments on any device with a SIM card—even if it wasn’t acquired through SYNNEX.

“They can buy the hardware from anywhere,” he says.

Deals involving mobile devices other than smartphones and tablets, including Internet of Things hardware, qualify for compensation as well. Connectivity is an essential ingredient in IoT solutions, and SYNNEX estimates that 40 percent of IoT deployments utilize LTE networks to send and receive data.

“Every one of those edge devices needs some sort of LTE activation,” observes Rob Moyer, the distributor’s vice president of cloud, mobility, and IoT.

SYNNEX, which paid out $17 million in referral fees last year, credits the carrier referral program for contributing to the roughly 350,000 mobile activations it executed in 2017, a 100 percent increase over 2016.

Moyer encourages partners of all sizes to get in on that bonanza, noting that one SYNNEX reseller with fewer than 20 customers collected $1 million worth of activation fees last year.

“At the end of the day everybody has an opportunity to participate,” he says.

Name-brand mobile carriers aren’t traditionally thought of as major players in the SMB channel. Their willingness to drive network consumption through partners reflects changing dynamics in the mobility marketplace, however, according to Tim Acker, vice president of mobility and connected solutions at SYNNEX.

“They realize ‘I can only sell so many of these cell phones. I’ve got to get network growth,’” he says. “It’s going to come from people like our VARs and people in the channel that are implementing the solutions.”

Also at the Varnex conference this week, SYNNEX unveiled a new agreement to make Microsoft Azure IoT solutions available to its partners and previewed the upcoming integration of its backend systems with those of Westcon-Comstor, the value-added distributor it acquired last year.

A River of Good Runs Through Techworks Consulting
October 25th, 2019