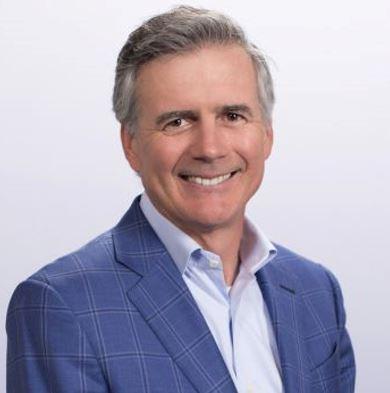 Together, the two companies will offer more than 200,000 products from over 1,500 vendors to some 150,000 customers in over 100 countries worldwide. Tech Data CEO Rich Hume (pictured) will lead the combined firm. By Rich Freeman
Tweet

SYNNEX and Tech Data have entered a definitive agreement to merge in a deal that will produce a distribution giant with some $57 billion in annual revenues and over 22,000 employees.

The transaction, which is pending approval by SYNNEX shareholders, is valued at approximately $7.2 billion. The two companies expect the merger to close in the second half of the year.

“This is transformational for Tech Data, SYNNEX and the entire technology ecosystem. Together, we will be able to offer our customers and vendors exceptional reach, efficiency, and expertise, redefining the experience and value they receive,” said Tech Data CEO Rich Hume in a media statement. “The combined company will also benefit from significant financial strength to invest in its core growth platform as well as next generation cybersecurity, cloud, data, and IoT technologies, which are experiencing explosive growth due to work from home and return to office trends. We could not have reached this milestone without the hard work of our colleagues, and we look forward to working together with the SYNNEX team to seamlessly bring our companies together and to create meaningful value for all our stakeholders.”

Hume will be CEO of the combined company. SYNNEX President and CEO Dennis Polk will be executive chair of the firm’s board of directors, and will also play an active role in the ongoing strategy and integration of the two businesses.

“We are excited to partner with a world-class industry leader like Tech Data and believe that this combination will benefit all our stakeholders,” said Polk in prepared remarks. “This transaction allows for accelerated revenue and earnings growth, an expanded global footprint, and the ability to drive significant operating improvements while continuing to create shareholder value. We look forward to working with the talented colleagues at Tech Data and expect our combined business will create the opportunity for team members to produce the highest levels of service to our partners.”

Together, Tech Data and SYNNEX will offer more than 200,000 products from over 1,500 vendors to some 150,000 customers in over 100 countries worldwide. That massive scale, the company says will result in efficiencies that benefit its customers as well as its owners.

The transaction will also produce a solutions portfolio that spans cloud computing, edge computing, data center infrastructure, and security, along with emerging technologies like the Internet of Things and 5G networking. Both Tech Data and SYNNEX have been investing heavily in solutions and associated services in recent years in conjunction with a larger shift away from an earlier era in which distributors served primarily as a source of shrink-wrapped products and financing.

Tech Data was acquired by private equity investor Apollo Global Management in November 2019. Following completion of the merger, Apollo will control approximately 45% of the combined entity. SYNNEX shareholders will own the other 55% of the company.

“When we acquired Tech Data, we saw the tremendous potential for transformative growth and long-term value creation,” said Apollo Senior Partner and Co-Head of Private Equity Matt Nord and Apollo Partner Robert Kalsow-Ramos, in a joint statement. “This transaction will accelerate the momentum that was already underway by uniting two outstanding companies for greater scale and financial strength to lead the industry. We are excited to remain a part of the new company’s continued success.”

Distributors have been a major target of investment activity in recent years. Ingram Micro, another top name in the shrinking circle of distribution leaders, was acquired by private investor Platinum Equity last December.