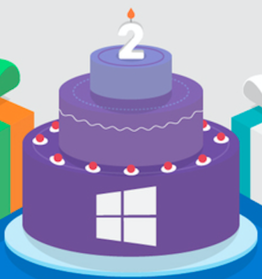 Spiceworks, the professional network for IT, announced the results of a new study examining organizations' adoption of Windows 10 two years after the operating system launched. The study, Windows 10 Adoption: Two Years After Launch, found that as of June 30, 2017, 60 percent of global organizations have adopted Windows 10. The highest adoption rates were found in the software industry (75 percent) and in businesses with 100 to 500 employees (67 percent). In terms of overall share, Windows 10 has surpassed Windows XP and now only trails Windows 7 among operating systems running on laptops and desktops in businesses.

"In recent months, widespread ransomware attacks such as WannaCry and Petrwrap have put businesses under pressure to upgrade unsupported operating systems, such as Windows XP and Vista, and move to more secure systems like Windows 10," said Peter Tsai, senior technology analyst at Austin, Texas-based Spiceworks, in a press statement. "And while Windows XP is still running in some businesses, it's evident that more companies are beginning to recognize the security risks and prioritize upgrades in order to better secure their networks."

Windows 7 continues to maintain the highest share among operating systems, running on 68 percent of laptops and desktops in businesses across the globe. Windows 8 has a share of 5 percent, followed by macOS at 2 percent.

The results also show organizations in Europe, the Middle East, and Africa (EMEA) have the highest penetration rates at 62 percent, followed by North America at 61 percent, Latin America at 58 percent, and the Asia-Pacific region at 55 percent.

Methodology
Spiceworks operating system data was collected on June 30, 2017, and is based on anonymized, aggregated deployment data among a sample of hundreds of thousands of IT professionals across the globe who use Spiceworks software to inventory their organizations' laptops, desktops, servers, and other network devices. The sample includes a variety of company sizes from small-to-medium-sized businesses to enterprises and a variety of industries, including manufacturing, healthcare, education, government, and finance.