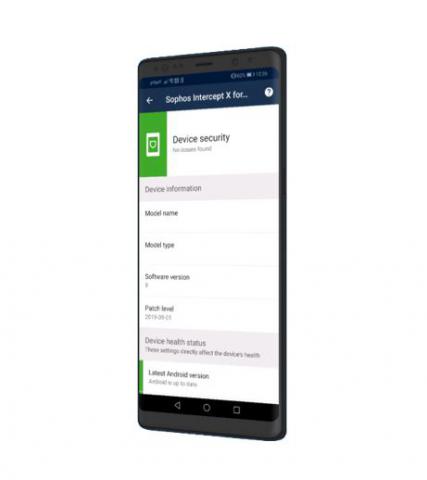 The new product, which updates and replaces the vendor’s Sophos Mobile Security solution, protects Chromebooks and other Chrome OS devices in addition to Android and iOS hardware. By Rich Freeman
Tweet

A rebranded and updated edition of the vendor’s earlier Sophos Mobile Security system, which is being retired, the new Intercept X for Mobile adds support for Chromebooks and other Google Chrome OS-based devices to its predecessor’s protection for Android and iOS hardware.

In addition to blocking ransomware and other malware, the Chromebook portion of the new system can also prevent users from accessing malicious websites and 14 categories of potentially objectionable content via an optional browser extension. That’s functionality heavily requested by end users in the education vertical, who make extensive use of Chromebooks, according to Petter Nordwall, director of product management at Sophos.

“Our firewalls and our wireless access points protect the students when they’re on campus,” he says. “Now the schools have a solution to protect those students in a similar way with similar policy settings when they take the machines off the network and bring them home.”

Educators aren’t the only organizations increasingly interested in safeguarding Chromebooks either, he adds. “In some geographies, Chromebooks are also starting to gain more interest within the enterprise and within the larger companies, just for the ease of management, ease of use, and reduction of IT support.”

Intercept X for Mobile also draws on a mobile-optimized version of the deep learning engine utilized by Sophos’s other Intercept X products to offer stronger protection for Android and iOS devices than Sophos Mobile Security. “[It] lets you basically detect suspicious behavior rather than use signature-based detection, which lets us catch threats that have never been seen before,” Nordwall says.

Former Sophos Mobile Security users will notice an all-new UI, new administrative workflows, and more detailed event logging and reporting. The system is now fully integrated with the Sophos Central management portal as well, which allows it to share information with the vendor’s other products and trigger automated responses via Sophos’s “synchronized security” technology.

Also on the roadmap for the product are endpoint detection and response functionality, like the EDR feature added to the Intercept X platform earlier, and “user behavior” functionality that will essentially turn smartphones and tablets into collectors of security sensor data that other solutions can use to diagnose threats more accurately.

Sophos launched the first Intercept X product, which protects endpoints, in September 2016 and a subscription-priced version for MSPs two months later. A server version of the system followed in July 2018. According to Nordwall, adding a version for mobile devices allows MSPs to provide stronger and more all-encompassing security to their customers.

ChannelPro 5 Minute Roundup for the Week of November 22nd, 2021
How do Windows, Linux, and macOS compare?
END_OF_DOCUMENT_TOKEN_TO_BE_REPLACED

LG Gram for Business 17 (2020): Big Reasons to Like It
END_OF_DOCUMENT_TOKEN_TO_BE_REPLACED