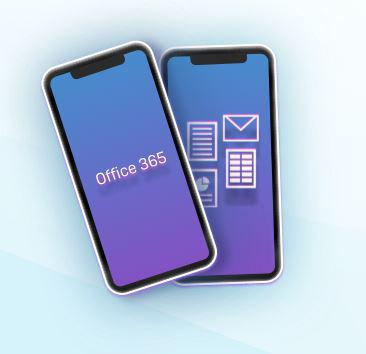 The new integration, which is available at no additional charge to users of both products, lets organizations apply policy-based access controls to mobile devices automatically in response to real-time mobile threat data. By Rich Freeman
Tweet

The new functionality is available at no additional charge to users of versions 8.6 and 9.0 of Sophos Mobile Security, which comes in editions for both Android and iOS devices.

Once the integration has been activated, the Sophos product feeds threat detection insights to the Sophos Central management interface, which passes them on to Intune via Microsoft APIs. Based on those alerts, Intune then applies “conditional access” rules to prevent potentially compromised devices from viewing and editing protected data.

Should the Sophos product spot a possible man-in-the middle attack involving a phony Wi-Fi hotspot, for example, Intune can prevent imperiled devices from accessing Microsoft Outlook emails until the threat is mitigated.

Sophos Mobile Security is a component of Sophos Mobile, a unified endpoint management solution with access control functionality of its own. The new integration gives Microsoft partners and customers the option of acting on threats via Intune instead, according to Matt Cooke, director of product marketing at Sophos.

“Quite often customers get the Intune capabilities as part of [Microsoft] 365,” he said in an interview with ChannelPro. Released in 2017, the SMB-oriented Business edition of Microsoft 365 bundles the Office 365 productivity suite with security, mobile device management, and administration tools.

Sophos partners that resell Microsoft cloud software, Cooke adds, can draw on the new cross-platform interaction to provide a compelling service to their clients. “We have a lot of partners that we work with that promote Microsoft’s licenses,” Cooke notes. “This allows them to tie the value together of two offerings that they’re taking [to market].”

“In today’s increasingly mobile environment, more granular context is becoming essential to ensure networks are less easily compromised by malware or potentially unwanted content,” said Ryan McGee, director of Microsoft security marketing, in prepared remarks. “Integrations with security solution providers like Sophos are important to us. We are excited to extend the capabilities of the Microsoft Intune solution to deliver improved security posture to our customers.”

Sophos Mobile Security is available as a free, stand-alone app via Google Play and the Apple App Store. That version of the system doesn’t interface with Sophos Central, however. Only paid licenses with Sophos Central connectivity can take advantage of the Intune integration.