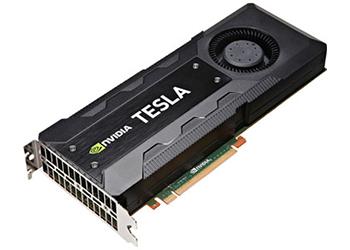 The K20 line is based on NVIDIA's Kepler compute architecture and features the K20X accelerator for application acceleration. By Admin
Tweet

In an NVIDIA press release submitted to ChannelPro-SMB, the K20X is designed to provide application acceleration, especially when paired with leading CPUs. “It surpasses all other processors on two common measures of computational performance,” the company states, “namely 3.95 teraflops single-precision and 1.31 teraflops double-precision peak floating point performance.”