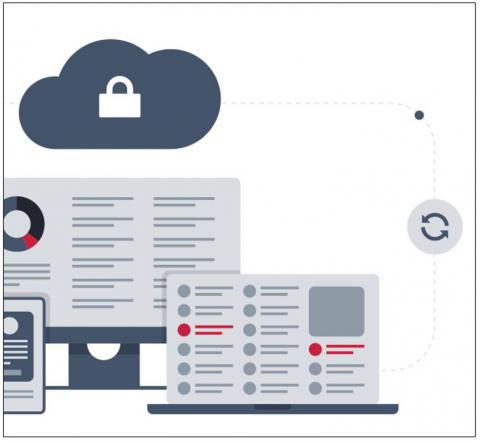 An add-on to its flagship RMM platform, the system is Ninja’s first step in a longer-term effort to build a portfolio of products like those offered by market leaders such as ConnectWise, Datto, Kaseya, and SolarWinds MSP. By Rich Freeman
Tweet

NinjaRMM has shipped a backup solution for users of its flagship remote monitoring and management platform.

The new system, officially dubbed Ninja Data Protection and available immediately in North America, is the vendor’s first major step beyond the RMM software it’s been known for exclusively since its founding in 2013. Both products feature a user interface and workflows designed to increase technician productivity by decreasing complexity, according to NinjaRMM CEO Sal Sferlazza.

“The primary thing we win deals on has always been ease of use,” he says.

An add-on to Ninja’s RMM offering, Sferlazza continues, Ninja Data Protection doesn’t require subscribers to download or install extra software, and can be up and running in less than a minute. At present, the system protects files and folders on both workstations and servers. Backups are stored in Ninja’s public cloud infrastructure, which is hosted in Amazon Web Services. MSPs with customers governed by data sovereignty regulations can choose among storage repositories in the U.S., Canada, the European Union, and Australia.

Full endpoint image backup, which is currently undergoing private beta testing in North America, is scheduled to join the product toward the end of the year.

Users can restore files with a few clicks to any machine with a NinjaRMM agent, the company says, or download files and then restore them manually. The product comes with incremental block-level backup and file compression technology to accelerate the backup process and bandwidth throttling options to keep backups from impacting network performance.

Tight integration with the rest of Ninja’s RMM interface, according to Sferlazza, both contributes to the system’s ease of use and differentiates it in a mature market filled with solutions offering similar functionality.

“Our partners have been asking for true single pane integration for years,” he says. “They want one-click go, with storage, ordering, auditing, alerting all tightly coupled with the RMM.”

A built-in reporting library provides information on storage consumption, licensing status, backup usage, and backup activity at both the organization and device level.

Core security features in the product include 256-bit AES encryption for both data in transit and data at rest, as well as activity logging and mandatory multifactor authentication. A buffered delete capability is designed to add extra protection from ransomware and malicious insiders by preventing immediate, permanent file deletions.

Per-device pricing for Ninja Data Protection includes bundled cloud storage. Buyers who exceed their storage allotment can buy additional space separately. All storage is pooled across devices, so MSPs can shift capacity from workstations or servers with little data onboard to larger endpoints with lots of data to protect.

The new system’s image backup functionality, which will be sold as a separate SKU when it enters general availability several months from now, will initially include basic features like the ability to download images offline and restore them onto heterogeneous hardware. More advanced capabilities, such as the ability to perform single-click restores to virtualized environments running on VMware vSphere or Microsoft Hyper-V as well as leading public cloud platforms like AWS, are currently on the roadmap too.

ChannelPro Weekly Podcast: Episode #235 - Greetings from the New Hampshire Chamber of Commerce
8 Best Hacking Training Courses to Boost your IT Career
10 Things You May Have Missed at ChannelCon 2022
END_OF_DOCUMENT_TOKEN_TO_BE_REPLACED