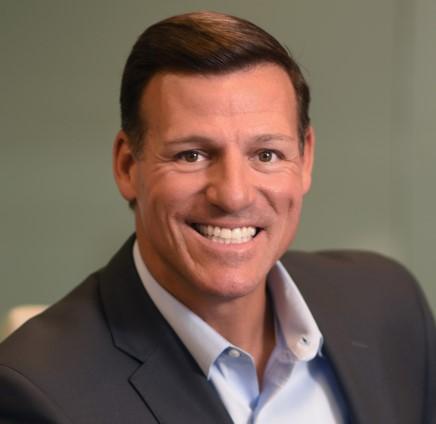 Ingram Micro has just made the biggest change at the highest tier of its org chart in slightly over a decade. In the near term, at least, that will mean little change for Ingram partners, according to Paul Bay, who officially became the distribution giant’s CEO yesterday after serving as executive vice president and president of global technology solutions since the start of 2020.

“To the partners, that means we’re going to help remove complexity,” Bay says. “I want to make sure we’re an indispensable business partner to them and really a business partner behind the brands that they represent.”

“They have done nothing but support and want to accelerate our goals and objectives, which I think is super exciting for our partners,” Bay says. “They’re wanting to invest and make sure we’re adding that value in a very short period of time.”

Alain Monié, who became Ingram’s CEO in August 2010 and is now its executive chairman, led the company through some momentous years. In addition to presiding over the sale to HNA and subsequent sale to Platinum, Monié spearheaded a series of strategic investments as well. Those include the 2015 acquisition of BrightPoint, a provider of device lifecycle services and solutions that gave Ingram a bigger footprint in mobility, and the 2015 purchase of the Odin Automation solution from Parallels. That system went on to become a core part of CloudBlue, the online commerce platform, launched in 2018, that has helped Ingram adapt to a new cloud-first era.

“His legacy is [after] 40 plus quarters of being at the helm we’re a more resilient and a better company,” says Bay of his predecessor. “I’m in a very fortunate situation that the company’s been performing well.”

In connection with yesterday’s executive shakeup, Ingram announced that Nimesh Davé, the company’s executive vice president and president of global cloud, plans to transition out of that role in coming months.

“He’s been a great friend,” Bay says of Davé. “He’s done a great job of really setting this business up for continued success and I appreciate everything he’s done for me personally, and for the company.” Ingram’s cloud executive team now reports to Bay.

ChannelPro 5 Minute Roundup for the Week of January 23rd, 2023
END_OF_DOCUMENT_TOKEN_TO_BE_REPLACED