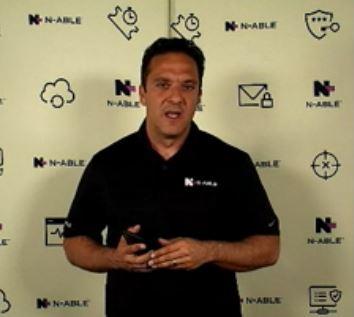 N-able has DNS filtering functionality and endpoint analytics capabilities coming soon to its suite of line-of-business solutions for MSPs.

Senior executives at the SolarWinds subsidiary outlined those releases today, along with longer-term plans to expand its portfolio into cloud management, sales quoting, and other areas, during the 2021 edition of its Empower partner conference, which is taking place online this week.

The company provided an update on pending plans to become an independent, publicly traded company during that conference as well.

The new DNS security capabilities will let technicians apply policy-based protection to devices both on and off the network via its on-premises N-central and cloud-based RMM applications. The functionality will arrive in the former of those systems during the third quarter of the year, N-able said today, and in the latter solution during the fourth quarter.

The new features are based on software from DNSFilter, a third-party DNS security specialist. N-able and DNSFilter announced a collaboration pact two months ago. N-able has employed similar alliances with SentinelOne, Microsoft, and Cisco Meraki to build new capabilities into its management solutions before. The company currently has more than 50 vendors in its Technology Alliance Program, it announced today.

The client device analytics solution discussed this morning, which is based on a previously developed system that N-able opted not to release based on partner input during beta testing, will help MSPs study endpoint telemetry for problems like missed patches and performance slowdowns, and then diagnose root causes. Unlike its predecessor, the new product’s reporting and visualization tools will be based on Microsoft’s Power BI business intelligence platform.

“A lot of the work that we’ve done in the past was right and reusable,” said Ben Ceranowski, a senior product manager at N-able. “Really all we needed was a new embedded tool in Power BI to really bring it to the finish line.”

Mike Adler, who became N-able’s chief technology and product officer in April, discussed broader plans to expand and enhance the company’s product lineup during a roadmap presentation this morning. That vision he outlined includes the addition of features for automating how customers research an MSP’s services, request technical support, and pay bills, among other things.

Without discussing specific features or release dates, Adler also suggested that N-able will add tools for managing cloud-based workloads in the future.

That intention, disclosed amid skyrocketing adoption of software- and infrastructure-as-a-service solutions, mirrors similar efforts by leading N-able competitors. Datto, for example, announced plans to increase R&D outlays on SaaS, IaaS, and continuity by close to 40% last December. Kaseya, meanwhile, announced a new RMM architecture designed to add cloud and IoT management to more traditional server and PC administration the following month. Other vendors, including SkyKick and Augmentt, are rolling out cloud management tools for MSPs as well.

N-able also has new security capabilities in areas ranging from endpoint protection and patching to vulnerability scanning and email security in the works, according to Adler, who emphasized that the company is working to make its software and development process more secure as well.

ICYMI: Our Channel News Roundup for the Week of June 20th
END_OF_DOCUMENT_TOKEN_TO_BE_REPLACED