MSP Initiative Wrapping Up a Year of Events 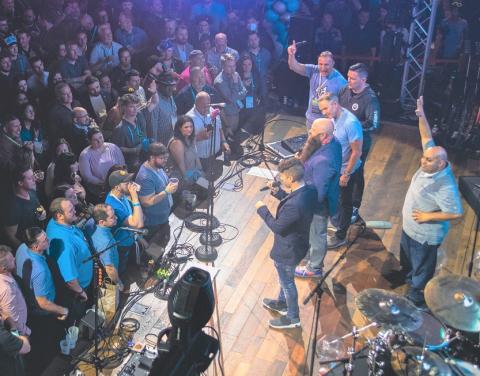 The vendor collective gets ready for its final “Channel Strong” tour of the year after pulling off its last community block party of 2022 in Orlando during Hurricane Nicole. By ChannelPro
Tweet

You could say that neither pandemics nor hurricanes can stop the MSP Initiative, a collective comprising channel companies and IT community contributors, formed during the early days of COVID-19 lockdowns, that hosts a variety of MSP gatherings as well as a twice-weekly podcast. Holding its last block party of the year as Hurricane Nicole bore down on Orlando, the MSP Initiative quickly pivoted in 48 hours from an outdoor event for about 2,100 managed service providers and vendors to a three-venue indoor gathering with a simulcast of the live band. Oh, and the bus line committed to transporting MSPs attending IT Nation to the party cancelled too. But MSP Initiative founder George Bardissi, CEO of bvoip, worked the phones to successfully find another bus line.

“We love to bring the community together and create memorable experiences,” Bardissi says. “This past week in Orlando brought a lot of firsts for us. The first time we had to deal with a hurricane in the forecast. The first time we were able to bring in a radio-recognizable band to perform. The first time we have had to bus people into an event. It was, without question, the most intense amount of circumstances we have ever dealt with, but we did it! It was an amazing environment, and we hope the IT and MSP community that braved the elements to join us will never forget it.”

The Orlando block party was the third that MSP Initiative put on this year around major industry events, although MSPs and vendors do not have to be attending the adjacent events to register for the parties, Bardissi says. 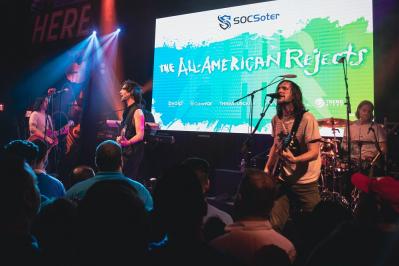 Now the MSP Initiative will be embarking on its final “Channel Strong” tour of the year on November 28 in Fort Lauderdale, Fla., traveling to stops in Tampa, Orlando, and ending in Atlanta on December 2.

The tour started in 2020 with a bus of vendors traveling to different parts of the country to bring together MSPs for outdoor gatherings for networking and community building. Bardissi says the MSP Initiative is already planning next year’s tour, which will likely include some one-day, in-person educational gatherings around different business-building topics as well as a continuation of the bus-style events to different regions of the country.

There will be at least four tour stops, he adds, “but possibly up to eight.”

“What we're trying to achieve is to really serve a lot of the MSPs and technology consultants that can't get to those bigger conferences,” Bardissi says. “We've just seen attendance grow each year, so we know that there's a need.”

Relationship building is the key value of both the Channel Strong tour and the block parties, Bardissi says.

“People do business with people. They learn from each other and grow stronger as a result. Our idea of community is the one that actualizes the cliché, “a rising tide lifts all boats.” The better we create the environment for that conversation, the more amazing things we see our tech community accomplish.”

So far this year, Bardissi says, more than 1,200 MSPs in total have attended the Channel Strong tours around the country. “That's a pretty positive showing for something that's just a pop-up for a couple hours,” he notes.

The other value of the pop-up gatherings, he adds, is a chance for MSPs to have a more in-depth conversation with vendors about their needs. “When you go to a major trade show and you go to a booth, you don't really get the time that you need to sit and talk with somebody about problems that you might have. So, we'll get partners that are having problems with billing or product or whatever and that channel chief or that leader from that organization can pick up the phone right then and there and help them solve their problem. … It’s pretty cool to watch.”

MSP Initiative Wrapping Up a Year of Events
November 15th, 2022