Mobile Virtualization Not Yet a Slam Dunk 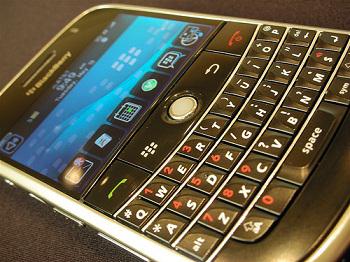 While the goal of the technology is secure separation of a user’s personal and corporate data on a mobile device, some issues remain. By Lauren Gibbons Paul
Tweet

Mobile virtualization borrows the popular phenomenon of desktop, server, and storage virtualization and applies it to mobile devices. Under the most prevalent form of mobile virtualization, a hypervisor program allows different operating systems to run simultaneously on a mobile phone or other wireless device such as a tablet.

Why would anyone want to do this? In short, because it allows secure separation of a user's personal information from corporate data on the phone or tablet, a potential solution to the “bring your own device” security issues currently plaguing IT managers the world over.

“Users don't want two phones, they want one,” says Edward L. Haletky, author and analyst at The Virtualization Practice LLC, a virtualization and cloud computing analyst firm. “Mobile virtualization is a way for IT managers to say to employees, 'The company controls this part of the phone, you control the rest.'”

This technology promises to be a godsend for corporate IT managers because there are much higher levels of data protection for corporate data, including encryption. Before an employee leaves the company - or when he loses his smartphone - the IT manager can simply delete the corporate partition or data on the mobile device, greatly reducing the chances of data misappropriation.

NOT YET READY FOR PRIME TIME
Ah, not so fast. There are a few issues with mobile virtualization in its current state, meaning it is less than a slam dunk at present. For one thing, true virtualization of mobile devices - technology pioneered by VMware - is currently available only for Android devices. For iPhones and iPads, personal vs. corporate data can be “containerized” or partitioned, but the underlying operating system is the same for both types of data.

Until vendors like VMware, Citrix, and Apple straighten out the technology (and they're working on it), containerization is as good as it gets for the iPhone. As just about every company of any size will have users with different types of smartphones, it will be a headache to sort out the underlying mobile virtualization technology.

User experience is another potential sore spot, warns Chris Hazelton, research director, mobile and wireless, at analyst firm 451 Research LLC. The experience of using a virtualized mobile device is much different than that of a native device, he says. “Decrypting the data can take tens of seconds, which is much longer than [device owners] are used to,” says Hazelton.

And with containerized Apple devices, users' email will not simply appear in the mail client, because the native “push” email notification resident on an Apple device does not work in a containerized solution. So users will have to affirmatively go out and “pull” email messages from a server. That's probably not a great inconvenience, but it's an extra step in any case.

“The technology needs to gel a little more before you will see widespread use,” says Haletky. But for industries in which data security is paramount, expect that mobile virtualization will begin to gain a foothold.

ChannelPro 5 Minute Roundup for the Week of July 19th, 2021
END_OF_DOCUMENT_TOKEN_TO_BE_REPLACED

Jabra PanaCast Review - Get Your Huddle On
END_OF_DOCUMENT_TOKEN_TO_BE_REPLACED