Microsoft Admits Past Mistakes as a Partner and Describes Future Corrections 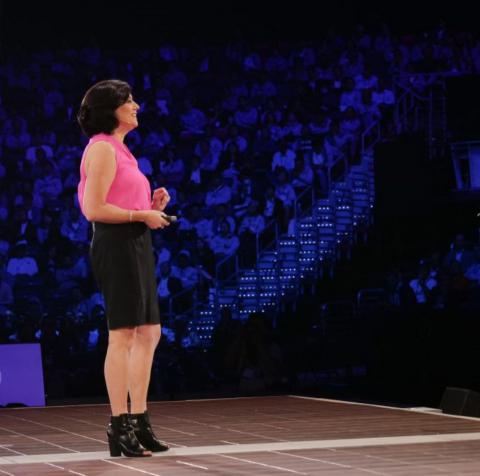 In a remarkable display of humility by one of the largest technology companies in the world, Microsoft confessed to a host of past flaws in its approach to sales and partnering, and provided further details on the far-reaching steps it will take in coming months to correct them.

“This is the biggest change that we have made in over a decade,” said Gavriella Schuster, corporate vice president for worldwide channels and programs at Microsoft, who spoke this morning on day three of the company's 2017 Inspire partner conference in Washington D.C.

In her keynote, Schuster sought to give her audience the back story behind the organizational restructuring Microsoft has been outlining for Inspire attendees all week. Those changes include the creation of a consolidated, company-wide partner group called One Commercial Partner; the expansion of a co-sales program piloted in Microsoft’s previous fiscal year that pays internal account managers commissions for helping makers of Azure-based solutions close deals; and the re-alignment of Microsoft’s salesforce and partner organization to drive sales of complete, industry-specific solutions in four core solution areas.

All of those measures, Schuster said this morning, were informed by feedback from partners frustrated by the difficulties of engaging with Microsoft’s field sales organization, the complexity of Microsoft’s many programs and go-to-market campaigns, and the friction between their sales priorities and Microsoft’s. According to Schuster, Microsoft has been addressing such complaints on a piecemeal basis at best for years.

“We weren’t getting to the root cause,” she said.

First, to establish clearer, more effective connections between partners and Microsoft’s field sales team, the company has split one role into two. Previously, Schuster noted, partner account managers were responsible for everything from helping partners create solutions and train their technicians to pursuing join business opportunities.

“It’s really way too much for one person, even the best of them, to do,” Schuster said.

Consequently, Microsoft has replaced its partner account managers with new squads of partner development managers and channel managers. The former group is responsible for helping specific partners build solutions and bring them to market.

Channel managers, on the other hand, connect customers that need solutions with partners that have them. Unlike partner development managers, moreover, channel managers work with any partner anywhere that has an appropriate product for a given customer’s needs, rather than a particular set of named accounts.

“The role of this individual is to know all of the solutions that you offer and all of the sellers so they can get connected to the customers who need them,” Schuster said. “This is a role that we have never had in my 22 years at Microsoft.”

To make partnering with Microsoft less complicated, Schuster continued, Microsoft is simplifying its licensing and eliminating extraneous programs and offers. Going forward, everything Microsoft does in the field will be organized around the four core solutions and six vertical industries that Justin Althoff, the executive vice president in charge of Microsoft’s worldwide commercial business, discussed at Inspire on Tuesday.

ChannelPro 5 Minute Roundup for the Week of May 23rd, 2022
END_OF_DOCUMENT_TOKEN_TO_BE_REPLACED