Lenovo Looks to Fuel a Return to Growth Through “Channel Transformation” 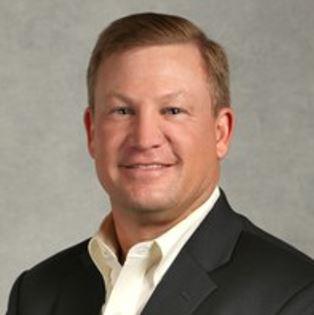 A wide-ranging series of policy and partner program changes instituted this month by North American Channel Chief Rob Cato (pictured) are designed to get the hardware maker back on track to recording consistent market share gains. By Rich Freeman
Tweet

Hardware maker Lenovo has initiated a “transformation” of its North American channel designed to better align partner-related investments with market opportunities, drive deeper engagement with resellers, and—above all—get a company that’s made headlines in recent months mostly for layoffs and executive departures back on track for growth.

“We want to take market share at a quarter point to half a point per quarter on a consistent basis,” said Rob Cato, Morrisville, N.C.-based Lenovo’s North American channel chief, in a conversation with ChannelPro earlier this week.

Cato’s organization began rolling out a series of changes to Lenovo’s channel offerings designed to help realize that goal at the start of this month. They include a new benefit structure for the partner program’s authorized, silver, gold, and platinum levels aimed at rewarding VARs for expanding revenue and adding new customers.

Ascending to a higher level in the program, he continues, results in meaningfully better rebates, more market development funds, and increased internal support. The sales targets partners must hit to qualify for the program’s various membership levels, however, remain largely unchanged.

Partners at all tiers of the program also have access now to new tools and resources designed to make doing business with Lenovo simpler. Those include a “bid desk” process for SMB opportunities designed to get resellers firm answers on pricing questions more quickly. Currently phone-based, that service will be available online as well later this year.

“Over the next several months we will continue to improve that process and even provide a tool, a dedicated tool, to our partners where they can actually submit pricing and get turnaround in less than 24 hours,” Cato says.

Cato, whose full title is executive director of North American channels, stepped into that position on an interim basis in January, following the departure of previous channel chief Sammy Kinlaw. The job became officially his in April, just weeks before Lenovo’s 2018 Accelerate partner conference in Las Vegas.

The changes Cato’s introducing now are based heavily on an extensive series of roundtables and face-to-face meetings with partners he conducted at Accelerate and elsewhere. The importance of getting serious again about boosting sales and grabbing market share was one of the most consistent themes of the feedback he received in those conversations.

“You make great products,” partners told Cato, “but we need that commitment from you that you’re going to get back into growth.”

“We believe that we make the best products in the market, but we’ve got to focus on our customers and we’ve got to make sure that we’ve got the right products for the customers in those different segments,” Cato says, pointing to a new digital learning solution as an example of where Lenovo is increasingly headed. School districts are looking for new and creative ways to engage students, he notes, which takes more than just hardware like virtual reality headsets.