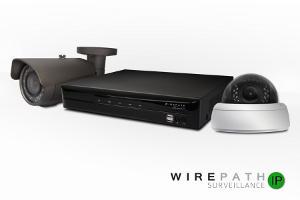 Increasing awareness regarding the benefits of IP-based surveillance systems, favorable regulatory impositions, and rising security concerns are the key factors that will help the market grow. By ChannelPro
Tweet

The study states that many end users are becoming frustrated with the limitations of analog video systems, as only a select number of analog cameras can be added to an organization's existing infrastructure. On the other hand, IP surveillance systems offer more flexibility and scalability features, such as video motion detection, frame rate control, automatic brightness control, internal storage memory and remote-zoom facility. These features are motivating end users to select IP surveillance over analog systems, especially in developing countries. For example, the IP video market in Asia Pacific is expected to grow the highest compound annual growth rate (CAGR) of 44.3 percent from 2013 to 2020.

The report also notes that because IP surveillance systems can be directly connected to the Internet, the solutions are more vulnerable to hackers. This is perceived to cause major concerns with respect to privacy of individuals, especially in continents such as North America and Europe where the privacy laws are comparatively stringent.

Analysts suggest educating the public on issues such as general norms and objectives of deploying surveillance systems, existing privacy laws, penalties and method of reporting for any breach of surveillance and privacy laws.

LG Gram for Business 17 (2020): Big Reasons to Like It
END_OF_DOCUMENT_TOKEN_TO_BE_REPLACED