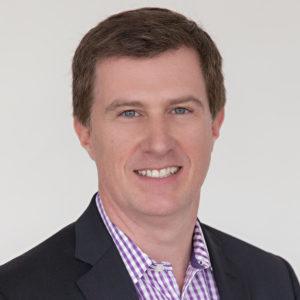 As it made clear recently, Intel sees good things ahead this year for PC processors. The company’s outlook in the data center market is similarly upbeat, however, and for one simple reason: demand for what data center processors do moves only in one direction, and it’s picking up speed at present.

That’s an encouraging trend for both Intel—which introduced the latest generation of its Xeon Scalable chips last month—and its partners. Compute for its own sake, however, is increasingly out of favor with end users, according to Kimrey. What buyers want isn’t so much hardware as solutions that include hardware alongside software and services.

“Customers are looking for their partners to help them not only adopt new technology but do it in a way that’s actually helping them solve business problems,” Kimrey says.

Intel’s strategy for capturing as much of that rising demand for data center compute power as possible hinges on that observation, analysis and not just because catering to what customers want makes sense for Intel. Partners benefit from solution selling too.

“That’s where there continues to be a lot of margin,” Kimrey notes.

To make providing solutions easier for its channel, Intel continues to expand its library of Intel Select Solutions, validated reference architectures for a wide range of analytics, cloud computing, artificial intelligence, and other workloads. There are about 40 such data center listings currently in the Intel Solutions Marketplace, with more coming.

Kimrey foresees particularly strong momentum this year for solutions in two key areas, one of which is directly related to the ongoing arrival of 5G services. “We see a tremendous opportunity to really help customers build out the network and the infrastructure required to service that network as that happens,” he says.

The other opportunity for data center processors doesn’t involve data centers at all. Businesses are collecting and analyzing information at the edge of the network via Internet of Things and other solutions in mounting volumes, notes Kimrey, creating increased need for remote compute power.

“The reality is there’s just not enough bandwidth to handle that amount of data to be sent all the way back into a cloud or to an on-prem data center,” he says. “There have to be other ways to process that data closer to the source of ingestion and to the source of computing, which is why we see this tremendous need for edge computing solutions.”

There’s more to the hardware portion of a solution than just CPUs though, Kimrey emphasizes. GPUs, field programmable gate arrays, graphics accelerators, memory, and other components are usually necessary ingredients too, which is why Intel continues to beef up its offerings in those and other categories.

“It’s one of those things that really differentiates Intel,” says Kimrey, adding that too few partners fully appreciate the breadth of what Intel makes these days or how it could contribute to their own success.

ChannelPro 5 Minute Roundup for the Week of May 23rd, 2022
END_OF_DOCUMENT_TOKEN_TO_BE_REPLACED