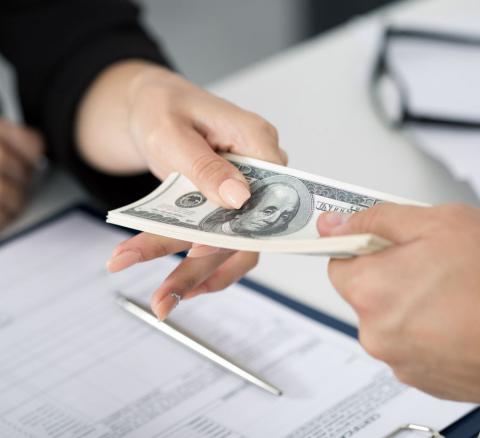 The new financing programs, which were announced on the same day as plans to extend Ingram’s Direct Express credit offering to Canadian partners, are designed to help ease the transition for resellers to the everything-as-a-service era of IT. By Rich Freeman
Tweet

Ingram Micro has introduced a first-ever financing option for MSPs and a no-fee credit service for annuity-based software products.

The new programs, which are designed to help ease the transition for partners to the everything-as-a-service era of IT, debuted at Ingram’s 2019 ONE conference, which is taking place this week in Denver. They arrived on the same day that Ingram announced plans to make its Direct Express financing program available in Canada and rolled out a new name for its Lease-IT! program.

“Those upfront costs have been a big challenge for our partners, and it’s preventing them from moving more quickly into that type of managed services scenario,” she says.

Carter, who was formerly vice president of credit and financial solutions for Ingram in the U.S., officially stepped into her new role today. More established MSPs looking to scale their business or acquire other managed service providers are candidates for the new program too, she continues.

“These contracts can help match up their cash flow better so they can use their cash for other things,” she says.

Under terms of a typical managed services credit agreement, Ingram will provide funding worth 40 to 50% of a contract’s total value, which is usually sufficient to cover the partner’s upfront expenses. End users submit payments monthly to Ingram on a white label basis that hides the distributor’s role in the transaction.

“We take usually about half of it to pay back what we fronted the reseller, and give them the rest,” Carter says.

Traditional finance programs have been a poor fit for as-a-service deals involving hardware that customers use but don’t buy, she notes. “A lease doesn’t work in that scenario because the end customer doesn’t want the equipment.”

Leasing the equipment on a customer’s behalf isn’t a scalable alternative, Carter continues, so Ingram began offering managed services credit on a limited basis several years ago using its own capital. Only recently, however, has it found a third-party lender willing to help it roll the program out to its partners more broadly. “Traditional finance sources aren’t comfortable with that model of a pure services contract,” Carter notes.

Access to managed services financing is available to any Ingram partner with a demonstrated record of loyalty to the distributor. “They have to have committed a portion of their business to Ingram,” says Carter, without specifying exact amounts. “We wouldn’t be offering it to somebody who’s primarily with one of our competitors, for instance.”

A second financing option unveiled today helps partners fund multiyear software deals without exhausting their credit capacity. An addition to Ingram’s Direct Express program, the new offering extends the same kind of credit routinely provided for 30 to 60 days on traditional IT purchases for up to three years on annuity-based contracts.

Financing Technology: Lease, Loan, or as a Service?
September 13th, 2019

Staying Secure Amid the Uncertainty
SMB Books moving to a new site: Get your downloads now!
END_OF_DOCUMENT_TOKEN_TO_BE_REPLACED