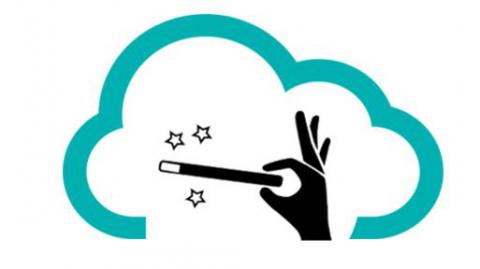 What began as a platform for workspace-as-a-service offerings is now an orchestration and automation engine for a wider range of complete online workloads. By Rich Freeman
Tweet

Infinite Ops Inc. has expanded its cloud workspace-as-a-service offering into a cloud solutions orchestration engine capable of provisioning and configuring a wider range of hosted workloads on an automated basis.

The original version of the Mountlake Terrace, Wash.-based vendor’s Infinite Ops Console solution, which reached market in April, equipped channel pros and IT departments to build and deploy complete cloud workspaces, rapidly and with minimal hands-on intervention. The platform acquired support for workspaces based on Citrix technologies in June.

“We’ve built it out to be much more flexible and robust, but at the same time made it super simple for the IT partner,” says Infinite Ops CEO and chief architect Michael Fraser.

Included in the revised platform are integration with real-time application performance monitoring tools from vendors such as LogicMonitor Inc., of Santa Barbara, Calif., as well as pricing tools that show users in advance exactly what the various third-party elements of a cloud solution will cost them.

Infinite Ops itself charges $99 a month for a starter edition of its service up to $899 a month for the most sophisticated pre-packaged service bundle. Those rates are low enough to make using Infinite Ops as a platform for test, demo, and proof-of-concept environments a practical option, Fraser states, adding that customers can then roll those deployments into production or swiftly de-provision them.

Infinite Ops’s pivot away from an exclusive focus on workspace-as-a-service comes in response to what Fraser characterizes as unexpectedly slow early momentum for that technology.

“The adoption for workspaces in the cloud hasn’t pushed forward as quickly as we had anticipated, and we’ve gotten a lot of requests for other types of solutions,” he says.

Furthermore, Fraser continues, while the WaaS market is a growing one with a solid future, it’s but one dimension of a far larger opportunity for companies like Infinite Ops in cloud orchestration.

“Workspaces themselves are a shorter-term play, and having something that’s much more flexible and can organically grow with the market and evolve as the market evolves is a much longer, bigger play,” Fraser says.

Global spending on WaaS solutions will grow at a 12.1 percent CAGR through 2022 to $18.3 billion, according to Transparency Market Research.

Coming next year to the Infinite Ops platform are support for the IBM SoftLayer cloud infrastructure environment as well as integration with PSA software from Tampa, Fla.-based ConnectWise and East Greenbush, N.Y.-based Autotask Corp. that will allow users to import billing and configuration data from their cloud environments. Compatibility with the ConnectWise Automate RMM solution (which was known, until recently, as LabTech) will arrive in 2017 as well.

Jabra PanaCast Review - Get Your Huddle On
END_OF_DOCUMENT_TOKEN_TO_BE_REPLACED