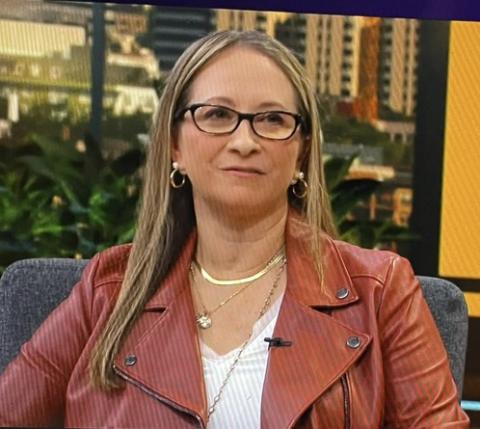 Stepping into a newly created post at a time of change and controversy, Microsoft’s incoming channel chief introduced herself to attendees of the company’s Inspire partner conference, held online this week, on an upbeat note, stressing the money to be made selling cloud solutions rather than the disruptions created by the ongoing overhaul of Microsoft’s Cloud Solution Provider (CSP) program and the forthcoming relaunch of its partner program.

“There’s never been a better time to be a Microsoft partner,” said Nicole Dezen, who was officially named Microsoft’s first-ever chief partner officer last week, in an Inspire keynote address yesterday. “With increasing customer demand, our R&D investments, and go-to-market capabilities, we will help you unlock new opportunities for growth.”

Dezen succeeds Rodney Clark, who unexpectedly left Microsoft in May to become vice president and chief commercial officer of Johnson Controls. In his 15 months atop Microsoft’s channel, Clark led the rollout of the New Commerce Experience (NCE), a sweeping set of revisions to rules, prices, and incentives for selling Microsoft 365 and other cloud solutions. A persistent source of frustration among partners, NCE was not a significant topic of discussion during yesterday’s keynotes.

Clark also spearheaded the creation of the Microsoft Cloud Partner Program, which will succeed the Microsoft Partner Network in October. The new program replaces the familiar Gold and Silver levels with two designations, Solutions Partner and Specialist, which members qualify for based on their “partner capability score,” which measures their success at adding new customers, driving increased cloud usage among existing customers, and earning certifications.

The program also replaces the Microsoft Partner Network’s 19 competencies with six solution areas, a transition that will ultimately benefit partners by aligning them more closely with Microsoft’s in-house sales organization, according to Dan Rippey, the company’s director of partner programs.

“Microsoft is making multimillion dollar investments in the channel, increasing benefits across almost every program,” he said. “We’re also enabling every single Silver and Gold partner to retain the legacy benefits that you’ve come to rely on today.”

Alluding to partner requests and complaints, Dezen suggested that sales incentives in the new program remain open to adjustment. “We are listening and incorporating partner feedback into our strategy and plans to improve our partner incentives and investments,” she said.

Fortinet: The Convergence of Networking and Security
END_OF_DOCUMENT_TOKEN_TO_BE_REPLACED