Microsoft Channel Chief to Unhappy NCE Newcomers: “We Are Listening” 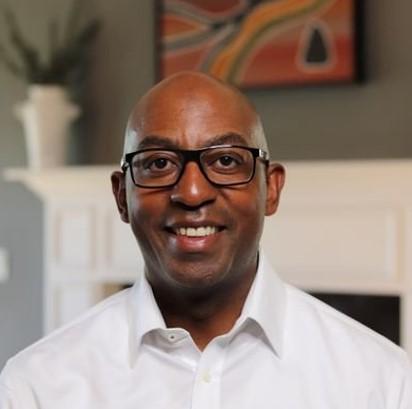 If you’re one of the thousands of channel pros in Microsoft’s Cloud Solution Provider program struggling to understand and adjust to the New Commerce Experience (NCE), the revamped set of rules, prices, and incentives for selling Microsoft 365 and other cloud solutions that Microsoft is rolling out now, you’re apparently in good company.

“Wow are we getting a lot of feedback on New Commerce Experience,” said Rodney Clark, Microsoft’s recently appointed channel chief, at the first SMB TechFest event of 2022, held online yesterday. He’s well aware of what’s driving all that input too.

Clark made those and other comments during a wide-ranging conversation with Dave Seibert, CIO of Irvine, Calif.-based solution provider IT Innovators and host of the SMB TechFest series. As Seibert and Justin Gilbert of security vendor and cloud distributor Zix discussed during a recent episode of the ChannelPro Weekly podcast, CSP members transitioning to NCE must master new prices, new contract options, and new sales incentives, make difficult decisions about adapting to all those changes, and ultimately re-platform their entire Microsoft 365 client base.

According to Clark, Microsoft has heard the many partner grievances about that process loud and clear. “We are listening, and it’s reflected in a lot of the programs that we have in place, and even a lot of the adjustments that we make to those programs,” he said.

Indeed, in response to widespread partner complaints, Microsoft has already relaxed several of the deadlines and milestone dates announced last year when it first informed CSPs about the switch to NCE. Other revisions may be coming soon.

“For the most part, the ecosystem and the partners are ready to push [into NCE], but they’re telling us we need to give a little bit more help,” Clark said. “We’re investing to ensure that that we do just that.”

Just the same, Clark made clear, Microsoft can’t and won’t accommodate all of the requests CSP partners are making. “Listening to feedback doesn’t always translate into making the adjustment on every single piece of feedback that comes in,” he said.

For all the pain it’s creating at present, Clark continued, moving CSP partners to NCE, which Microsoft has been gradually introducing to other parts of its cloud business for some three years, is a critical part of bringing consistency to how users buy and pay for online solutions.

“We have multiple systems and multiple dashboards and ways that partners come in, and ways that customers experience Microsoft through our partners,” he said. “[NCE] is basically aimed at bringing all of that together.”

Clark also addressed partner dissatisfaction with Microsoft’s online commercial marketplace, which includes both the Microsoft AppSource site for business solutions and the Azure Marketplace site for ISV applications. The complexity of such portals has kept many partners from utilizing them to generate leads.