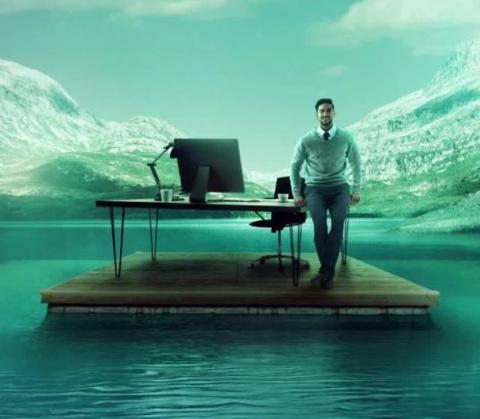 Hewlett Packard Enterprise has introduced a management plane for its GreenLake IT-as-a-service platform that enables centralized procurement and administration of both onsite and offsite workloads.

“We’re providing a set of automation and orchestration tools that allow a client to provision an environment in five clicks,” he says. “We’ve digitized the GreenLake experience.”

Additional tools let users deploy a variety of applications and other workloads on top of their GreenLake infrastructure with similar ease, Vogel continues.

“They can go in and provision an Apache web server or a VMware environment, any number of different environments, again, with three or four clicks, all sitting on top of their flexible capacity environment,” he says.

The system gives administrators access to the same information for resources in the Amazon Web Services and Microsoft Azure public clouds as well, he continues, with additional support for Google Cloud Platform to come in the future.

“If somebody opens a firewall they’re not supposed to, it will immediately show up red on the dashboard,” Vogel says, along with “plain English” instructions for fixing the problem. HPE will add similar capabilities for onsite GreenLake workloads next spring, he adds.

Also forthcoming to GreenLake Central is an associated marketplace that will let users research and try out supplemental software-as-a-service offerings for functions like data migration and application management, among others.

“There’ll be wikis, there’ll be community groups, demos, standard materials, [and] white papers where clients can come and learn about these service capabilities on their own, like they would any other SaaS provider,” Vogel says, noting that every listing in the marketplace will offer a free tier or free trial period as well.

Solutions in the marketplace will be a mix of offerings from HPE itself, third-party ISVs, and channel pros. HPE plans to limit the volume of listings, however, to avoid overwhelming users with options.

“We don’t want to just open it up and create a giant marketplace that’s confusing and has too much in it,” Vogel says. “We’ll be kind of selective and making sure we’re picking and choosing the right services as part of that catalog.”

In development as well for future editions of GreenLake Central is a “customer experience platform” that will draw on aggregated usage and management statistics to spotlight current and emerging end user pain points. According to Vogel, channel pros can use that data to identify high-value sales opportunities among their clients.