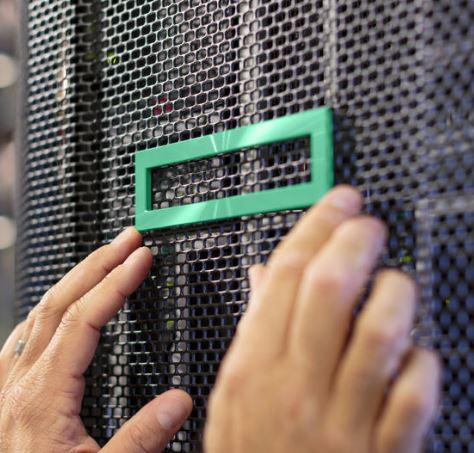 New offerings target businesses in need of consumption-priced infrastructure with a smaller footprint. They’re accompanied by the first network-as-a-service resources from HPE’s Aruba unit, as well as a forthcoming quoting tool and support chatbot. By Rich Freeman
Tweet

The infrastructure vendor announced the changes to GreenLake, a consumption-priced managed infrastructure program that lets business buy on-premises products on a pay-per-use basis, at its 2019 Discover conference, which takes place this week in Las Vegas.

Introduced two years ago and available through the channel since last June, GreenLake offerings have been scaled until now to the needs of enterprises and midsize businesses with above-average capacity requirements. The new compute, database, private cloud, storage, and virtualization offerings announced today, however, are designed to meet the needs of a broader range of mid-market buyers.

Mid-market end users that wish to house their GreenLake resources in a co-located data center can take advantage of new strategic alliances with CyrusOne and Equinix that HPE unveiled at Discover as well. Either vendor, HPE says, can switch on GreenLake services in as little as 24 hours.

Like other GreenLake resources, according to Ramsay, the new Aruba services help businesses avoid upfront capital expenditures, scale quickly in response to increased requirements, and ease management burdens. “We give you more of a turnkey solution,” Ramsay says.

Coming later this year to GreenLake is a new tool designed to accelerate the customer quoting process. Called HPE GreenLake Quick Quote, the system automatically generates an official, binding price, statement of work, and business case for proposed deployments based on a customer’s workload, size, and performance requirements, among other topics. “It allows us to get to a customer proposal in around about five minutes,” Ramsay says. “The customer can sign that contract pretty much there and then.”

Also introduced today was a new HPE GreenLake Chatbot that partners can use to get answers to GreenLake-related queries. Equipped with artificial intelligence technology, the system is designed to provide increasingly accurate information more rapidly over time as it gains knowledge of what users most need to know and how they tend to ask for it. “As we get more and more users, it starts to get better at understanding the types of questions and answering those questions,” Ramsay says.

According to HPE, GreenLake has a 99% renewal rate. Citing figures assembled by Forrester in a commissioned study, the vendor says that subscribers experience a 30% reduction in capital expenditures on average, as well as 90% savings on support and professional service costs, a 40% boost in IT staff productivity, and a 65% cut in deployment times for new solutions.