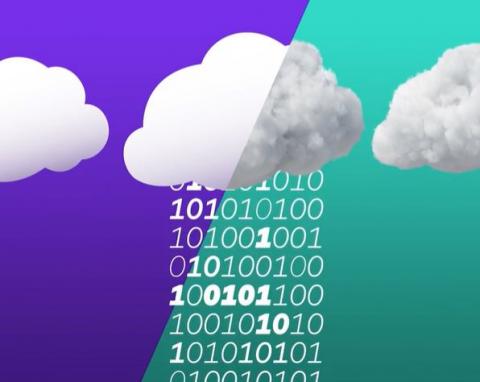 “What we’re trying to do is provide customers with unmatched capabilities to power their digital transformation, modernization, and data monetization efforts for all their apps and data, no matter where they live, in their data center, in the colo, or at the edge,” says Keith White, senior vice president and general manager for the GreenLake Cloud Services Commercial Business at HPE.

“You could fire up your entire estate in a secondary site and roll back to a given checkpoint in a number of minutes,” says Tom Black, senior vice president and general manager of HPE Storage.

Included in the new solution as well is a service called HPE Backup and Recovery Service for VMware. Delivered through a SaaS console and equipped with policy-based orchestration and automation tools, the service lets VMware users backup online and on-premises virtual machines without managing media servers, appliances, or targets. That emphasis on ease of operation was informed by input collected during customer interviews.

“One of the things that we found out was that despite a lot of consolidation in backup, there is still a lot of complexity in there,” says Omer Asad, senior vice president and general manager of cloud data services for HPE Storage. “Customers still have to install and manage backup targets.”

To help organizations optimize their HPE GreenLake for data protection environments, the vendor has also introduced a service called HPE InfoSight App Insights that monitors and fine-tunes application workloads, and another called HPE CloudPhysics that draws on 200 trillion data samples from 3 million virtual machines and more than 4,500 assessments to help users simulate cloud migrations and find the right workload placement and infrastructure sizing.

The analytics solutions HPE unveiled today are both aimed at organizations with robust business intelligence needs that store data both onsite and in the cloud.

“They’re making lot of decisions today and they have data spread out all over the place,” White says. “For many of our customers, the data actually sits outside of the public cloud today for many reasons,” including data latency concerns and often steep egress charges from public cloud vendors.

“Enterprises can forgo complex data migrations, app rewrites, and lock-ins of proprietary solutions yet provide all of their analytics and data science teams with a simple and productive cloud native experience,” White says.

According to the HPE, the new service is up to 35% more cost-efficient than the public cloud for data-intensive, long running analytics jobs.