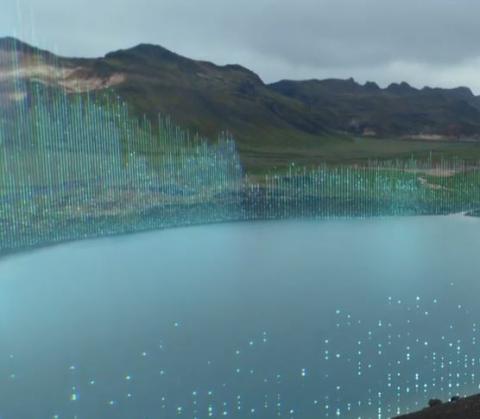 The vendor expects bare metal deployment, along with smaller virtual machine and container configurations unveiled today, to make adopting GreenLake easier and more attractive for SMBs, which account for a rapidly growing portion of channel-led sales. By Rich Freeman
Tweet

Hewlett Packard Enterprise has expanded its GreenLake as-a-service physical infrastructure offering to give resellers a wider range of solutions to sell and easier, more flexible options for placing orders.

The added options arrive at a time of rapid growth for GreenLake, as well as accelerating adoption by partners generally and SMB partners in particular, according to George Hope, HPE’s worldwide head of partner sales.

“We’re building a bigger base of partners to sell with, and then we’re selling obviously more as well,” he says.

Coming to GreenLake later this year for the first time will be the ability to run compute and storage directly on bare metal resources. That new option joins previous support for virtual machines and containers, both of which will soon be available in a wider range of sizes. Users will have access to standardized blocks of virtual machines, for example, with 4, 8, 12, or 16 compute nodes, as well as a new backup service for VMs. Containers will be available at an expanded range of scales stretching from small to medium to large and extra-large capacity sizes.

The new virtual machine and container solutions will roll out during the first half of HPE’s fiscal year, which began last November. Support for bare metal infrastructure will arrive early in the second half of fiscal 2021.

According to Hope, adding bare metal to virtual machine and containerized infrastructure gives partners and their clients more flexibility in how they utilize GreenLake. “Regardless of how you want to run your applications, it’s available in that way,” he says.

The smaller VM and container configurations unveiled today also make adopting GreenLake easier for SMB and mid-market businesses, Hope continues. “It gives a lower entry point for the partners and the customers,” he says. “We’re trying to make it more channel friendly and scalable.”

Effective today, meanwhile, resellers can research and size GreenLake environments through cloud marketplaces operated by leading distributors, including Arrow Electronics, Ingram Micro, SYNNEX, and Tech Data. Those and other distributors offered GreenLake capacity before, but only through their partner account teams.

Hope expects listing GreenLake in marketplaces alongside public cloud services from hyperscalers like Amazon Web Services and Microsoft to raise interest in the platform among channel pros not currently familiar with it.

“A lot of partners don’t know what GreenLake is,” he says. “When people go to this marketplace and see something that they hadn’t been aware of before, it creates a conversation.”

For now, partners can configure GreenLake environments in cloud marketplaces, but must complete the sale by phone with help from the relevant distributor’s GreenLake specialists. The longer-term plan, Hope adds, is to provide complete self-serve ordering through marketplaces.

At present, HPE says, some 830 partners offer GreenLake to their clients, versus roughly 700 nine months ago. According to Hope, the GreenLake partner base grows 60% on a year-over-year basis every quarter, and enjoys a 95% retention rate.