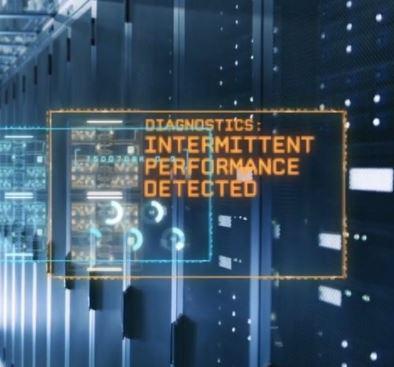 Hewlett Packard Enterprise has expanded the artificial intelligence capabilities of its InfoSight solution and unveiled new high-speed flash memory products in a bid to enhance the speed and availability of data center storage solutions.

Announced at the European edition of the vendor’s Discover partner event, which is underway now in Madrid, the new offerings arrived on the same day as word that backup solutions from Veeam Software are now available through HPE’s consumption-based GreenLake Flex Capacity infrastructure service.

The enhanced capabilities in InfoSight, Palo Alto, Calif.-based HPE’s machine learning-powered storage management and analytics platform, include a new cross-stack recommendation engine for HPE Nimble Storage products that extends the solution’s visibility into the virtualization layer. According to HPE, that allows the application to provide workload optimization advice alongside the predictive analytics input it offered previously.

According to HPE, InfoSight’s self-managing and self-optimizing functionality can lower storage operating costs by up to 79 percent.

“Intelligence changes everything,” said Milan Shetti, general manager of HPE storage, in a press statement. “Customers using intelligent storage can reap the benefits of AI and stop worrying about their infrastructure. Instead, they can focus on getting more out of their data, whether it be uncovering new revenue opportunities by moving and monetizing data in the cloud and edge, or by extracting the right data insights to improve their products and business models.”

HPE’s Memory-Driven Flash offerings, which also debuted today, utilize storage-class memory (SCM) and non-volatile memory express (NVMe) technology to accelerate application performance on Nimble and 3PAR arrays. According to HPE, the new products reduce latency up to 2x and are as much as 50 percent faster than all-flash arrays with NVMe solid-state drives.

Units compatible with 3PAR products are scheduled to reach market next month. Models for Nimble Storage systems will arrive next year.

HPE deepened the integration between InfoSight and 3PAR systems in July. Earlier this month, the company extended InfoSight support to its ProLiant servers, Synergy compute modules, and Apollo systems.

Including backup software from Veeam in HPE GreenLake Flex Capacity augments the range of data protection options available through that platform, which allows businesses to buy infrastructure resources on a pay-as-you-go basis. HPE opened GreenLake Flex Capacity to its partners for the first time in June, and announced a new rebate structure that pays five times the normal amount on GreenLake deals in August.

Jabra PanaCast Review - Get Your Huddle On
END_OF_DOCUMENT_TOKEN_TO_BE_REPLACED