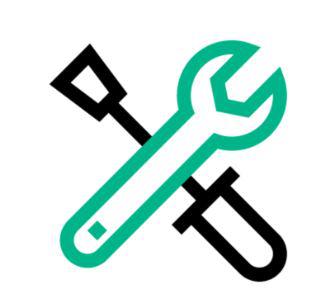 A series of moves set to go into effect in November will reward members of HPE’s Partner Ready program for deals involving the SimpliVity, Nimble Storage, and GreenLake consumption-based IT product lines, among others. By Rich Freeman
Tweet

The changes, which officially go into effect on November 1st at the start of Palo Alto, Calif.-based HPE’s 2019 fiscal year, include a new set of multipliers that allow partners to collect higher rebates when selling selected products. For example, resellers will earn three times the standard rebate on sales of products in HPE’s SimpliVity, Nimble Storage, and 3PAR families and five times the normal rebate on deals involving the OneView IT management platform and GreenLake consumption-based infrastructure offering. HPE first opened GreenLake to its partners some two months ago.

The rules governing how and when partners receive rebates will be simpler and more globally consistent going forward too, according to Eric Loe, senior director of the HPE Partner Ready Program.

“No gates, no caps, no targets,” he says. “Everything pays at dollar one, which makes it much easier for the partner to understand where they stand in meeting or exceeding the requirements of the membership threshold from a revenue standpoint.”

HPE will use the same multipliers to give partners faster qualification credit towards higher tiers in Partner Ready.

“They could sell $200,000 of GreenLake, we would credit that at 5x because that’s highly valuable to us and to them, and that would retire a million dollars of their revenue threshold goal,” says Loe by way of illustration.

Those and other recently acquired companies, such as SGI (formerly Silicon Graphics), brought existing channels along with them. Many of those partners sell just one portion of HPE’s rapidly widening portfolio; the new rules and rebates announced today are designed to prevent that fact from working against a reseller’s ability to advance within Partner Ready.

“They may not want to sell the entire portfolio, but we do want to recognize them from a coverage perspective and a compensation standpoint,” says Jesse Chavez, vice president for worldwide partner programs and operations at HPE.

Other forthcoming changes for partners include faster access to product pricing. Any Partner Ready member who requests a quote on a deal valued under $100,000 via HPE’s online quoting platform will receive an answer immediately, Chavez says. U.S. partners will receive pre-defined discounts based on their level within Partner Ready as well.

“Just use that and you can go to the distributor or you can come to us and you already know your price,” Chavez says.

Faster pricing, he adds, is partly an early benefit of the $800 million HPE is investing in an initiative to replace 11 different ERP implementations, many of them acquired along with companies like SimpliVity and SGI, with a single instance of SAP Hana. The new solution will go into production in Northern Europe in December or January and then roll out to the rest of the world over the course of the fiscal year.

LG Gram for Business 17 (2020): Big Reasons to Like It
END_OF_DOCUMENT_TOKEN_TO_BE_REPLACED