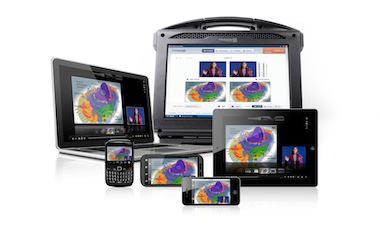 In these times of public school budget crises and funding emergencies, any school district that can deploy new audio-visual technology — and save money doing it — is inspirational to all. Scott Holcomb and Jeff Baxter, two elementary school teachers for Memphis City Schools (MCS) in Tennessee, found a way to use webcasting to support teachers’ professional development and slash costs. Since 2008, they’ve been creating and archiving teacher training videos with Sonic Foundry’s Mediasite webcasting platform. And in the first year alone, they saved MCS “over $100,000 in training costs.”

“We’re breaking out of the old school way of doing things. We’re making it a lot easier, more effective. It definitely saves us money instead of costing it. The return on investment (ROI) isK-12 ARTICLE huge,” says Baxter, who is now a special projects coordinator for Memphis City Schools, the nation’s 21st largest school district.

In 2007, Baxter and Holcomb were introduced to the Mediasite technology, but thought they could accomplish the same sort of recordings with a simple video camera. “That’s how uninformed and young and dumb we were at the time. We tried to do it, and it didn’t work. But no one was doing video streaming in K-12,” says Holcomb, who’s now an instructional technology specialist and MCS Mediasite coordinator. “We revisited — [Sonic Foundry] let us play with it. We were hooked once we did our first video.”

But that didn’t mean that they were able to immediately jump into webcasting. They saw the potential. They could record a training session, often a night class, and make it available for teachers to watch online on their own time, whenever they wanted. They could pay a trainer to make a video once, instead of paying him to give the session several times a year. They even envisioned a library of training videos that would allow teachers to meet their professional training requirements on demand. Getting there meant “prodding” administrators and teachers to adopt Mediasite and “scrounging” to create a studio.

“We were working on a dime. Our first studio had a shower curtain for a background. For our three-point lighting, back then, there was a desk lamp that we found — teachers are really good at liberating stuff — and we used the overhead fluorescent lights,” says Holcomb with a laugh.