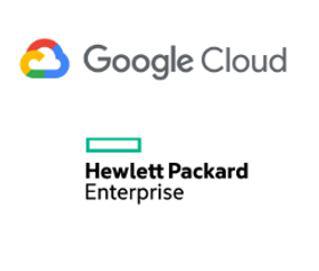 Hewlett Packard Enterprise has introduced reference architectures based on Anthos, the new container-based hybrid cloud computing platform unveiled by Google today at its Cloud Next ’19 event in San Francisco.

The new reference architectures, officially known as HPE Validated Designs, run on HPE SimpliVity hyperconverged infrastructure appliances in one case and a combination HPE Nimble Storage and HPE ProLiant servers in the other.

The SimpliVity design is targeted at organizations looking for an efficient way to host and administer virtualized and containerized workloads running on VMware and Microsoft hypervisors, especially in edge computing scenarios. The edition featuring Nimble Storage arrays and ProLiant servers is optimized for storage-centric workloads that require independently scalable compute and storage, as well as the speed of flash technology.

HPE GreenLake, meanwhile, will offer validated and fully managed GKE deployments on an as-a-service basis, enabling partners and customers to build GKE resources into the on-premises portion of a hybrid cloud environment and pay for them the same way they pay for the accompanying public cloud resources.

“From a partner standpoint this just broadens the offerings they can give to customers for as-a-service,” said Paul Miller, vice president of Software-Defined and Cloud Group marketing at HPE, in an interview with ChannelPro.

Generally available as of today on both Google Cloud Platform and GKE, Anthos uses container technology to help organizations run applications, unmodified, on either on-premises hardware or in the public cloud of their choice, including Amazon Web Services and Microsoft Azure.

“We’re working closely with HPE to make it easy for customers to incorporate Anthos into their cloud strategies,” said Kevin Ichhpurani, corporate vice president of global ecosystem and business development at Google Cloud, in a press statement. “We’re delighted that HPE shares our ‘build once, run anywhere’ approach and look forward to expanding our partnership for hybrid cloud solutions on behalf of customers.”

More than 75 percent of organizations worldwide will be running containerized applications by 2022, according to Gartner.

Launched in December 2017 and opened to partners in June of last year, GreenLake is designed to bring public cloud economics to private cloud workloads. According to Miller, sales through the channel are rising at triple-digit rates presently.

Pulseway Creates Coronavirus-Inspired Remote Support Solution
Average MSPs Leave $50k On The Table With Their Clients – Do You? Webinar
END_OF_DOCUMENT_TOKEN_TO_BE_REPLACED