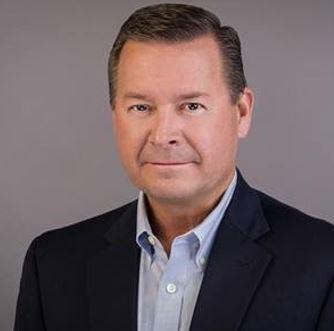 Webroot and Carbonite partners eager to see how the former company’s acquisition by the latter last February will benefit them have only a short while to wait before receiving some tangible examples.

Those wondering how Carbonite’s subsequent acquisition by OpenText will affect them, on the other hand, shouldn’t expect to see much change any time soon. The Carbonite/Webroot duo have been given a wide berth to keep doing what inspired their new parent company to buy them in the first place, according to Hal Lonas, OpenText’s senior vice president and CTO for SMB and consumer.

That’s in keeping with the logic behind the $1.42 billion transaction, which was aimed at helping OpenText widen its historically enterprise-heavy revenue base, Lonas adds. “OpenText traditionally has not focused on the SMB side of things, and so they’re very interested in that channel for us, and how we do it and how we’ve been so successful.”

Indeed, the Carbonite/Webroot team has been operating as a largely autonomous business unit since the OpenText deal closed. “The technology continues [and] our roadmaps continue as we laid them out several months ago,” says Lonas, who was formerly Webrooot's CTO before becoming Carbonite's CTO last September.

Not that being part of OpenText has had no impact on Carbonite, however. “It gives us a platform for accelerated investments,” Lonas notes.

Those investments are helping Carbonite and Webroot more swiftly merge their respective technologies into a “cyber resilience” portfolio with tightly integrated security and data protection capabilities. Acronis has been pursuing a similar strategy since late last year.

To date, the only concrete manifestation of those efforts has been the newly added ability for partners to buy Carbonite solutions through Webroot’s online purchasing portal. “That work has been going on with really great speed and execution by the engineering teams and made really good progress,” Lonas says.

Coming in the third quarter of the year though, in a move ChannelPro first previewed three months ago, is the addition of support for Carbonite’s backup solution for Office 365 and Microsoft 365 to Webroot’s Global Site Manager administration console.

“That makes a ton of sense for our market to put on the same platform,” Lonas says. “Just like you can control and view the status of endpoints, whether they’ve been scanned and whether they’re clear of malware, you’ll be able to see the status of backups and make sure that your users and your machines and your servers are backed up.”

The Unity API that has linked Webroot products to management tools from ConnectWise, Kaseya, NinjaRMM, and others since 2016 will soon gain deployment, control, and billing support for Carbonite products too. And coming later this year and into next year is functionality allowing Webroot and Carbonite solutions to coordinate cyber resilience activities in mutually reinforcing—and potentially market differentiating—ways.

“We don’t want to just bring products to market that look like a bundle,” Lonas explains. “What we think we can do is look at ways that security and data protection sort of can enhance each other and provide a kind of a one plus one equals three value.”