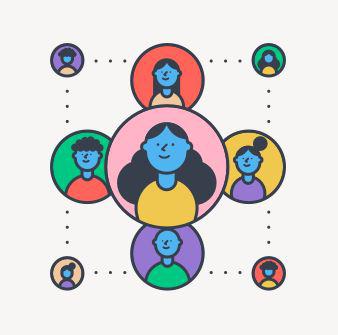 Already the biggest name in consumer social media, Facebook wants its Workplace product to make it a leader in SMB productivity software too, and will soon begin actively recruiting an army of trained and motivated partners to help it realize that ambition. By Rich Freeman
Tweet

Indeed, the biggest name in consumer social media wants to become a leader in productivity software too by rolling out as many seats as possible of Workplace by Facebook, an ad-free, commercial version of the Facebook platform designed for private use as a communications and collaboration tool. To realize that objective in the SMB market, however, the company needs an army of trained and motivated partners. And that means you.

“This is a big focus for us,” says Geoff Perfect, global sales director for Workplace by Facebook.

As ChannelPro reported last month, SYNNEX is now the first U.S. distributor for Workplace. That agreement, however, is but an early step in a much more ambitious campaign on Facebook’s part that includes the forthcoming launch of a full-blown partner program.

Introduced in 2016, Workplace is a close replica of Facebook’s social networking service utilized by some 2.38 billion monthly active users worldwide as of March. Like the consumer site, the commercial one has a news feed, live video streaming, instant messaging, and more. Users can choose between a free version of the system with limited functionality and a fully-equipped premium version that sells for $3 per user per month.

Today, Workplace has over two million paid users globally, most of whom work for large enterprises. In fact, there are over 150 companies with 10,000 or more employees—including name brands like Starbucks, Walmart, Delta Airlines, and United Way—using the system presently.

“That’s not a traditional adoption profile,” observes Perfect. “In most SaaS companies, you start at the bottom end in the small-medium space and have to work your way up, but that’s not what we’ve seen.”

Instead, with momentum now established among big businesses, Facebook is ready to start working its way down into the SMB segment, with a particular eye on buyers in the 20-plus seat range that have lots of contingent employees, multiple locations, or both. Perfect points to a movie theater chain in Australia to illustrate why Workplace is a good fit for such businesses, noting that the company’s ticket takers, snack sellers, and other staff often work just a few hours a week.

“It’s very hard to get a sense of culture and connectedness across to those part-time employees,” he says. “You likely are not going to give them corporate email, and they probably don’t need to be collaborating on documents through [Microsoft] Teams, but you do need to communicate with them.” Workplace, Perfect continues, provides an efficient one-to-many tool for doing so.

“Within seconds of the CEO going live on a video, that part-time employee who might only work four hours a week or eight hours a week is actually listening, watching, and sort of feeling the entire culture of the company,” he says.

Workplace has two other things going for it as well, Perfect adds: It’s a “mobile-first” solution optimized for use on smartphones and a simple one for most people to learn. “Workplace looks and feels a lot like Facebook,” Perfect says. “The ease of adoption and usability is almost instantaneous.”

Partnering Up
Is CompTIA Linux+ Worth It?
END_OF_DOCUMENT_TOKEN_TO_BE_REPLACED

Jabra PanaCast Review - Get Your Huddle On
END_OF_DOCUMENT_TOKEN_TO_BE_REPLACED