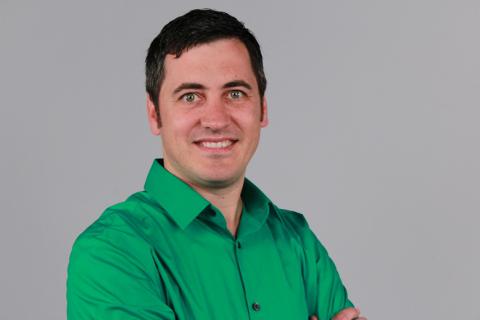 The LabTech and ConnectWise veteran will spearhead an effort to turn eFolder’s solution portfolio into a broader, more tightly integrated data protection and access platform.

Nachtrab, who most recently served Tampa, Fla.-based ConnectWise as president and chief operating officer, left that company in April of last year, though he retains a seat on the board of directors. His top responsibility in his new role will be helping eFolder, which is headquartered in Atlanta, Ga., build its family of BDR and file sync and share solutions into a broader, more tightly integrated data protection and access platform.

“Matt brings a lot of product vision experience to our team,” says eFolder vice president of marketing Ted Hulsy, noting that Nachtrab played an instrumental role in helping ConnectWise turn its collection of stand-alone products into an interwoven suite.

“That’s very much what we want to do with the various eFolder products,” Hulsy says.

Nachtrab, who prior to creating LabTech ran Nemsys LLC, a Toledo, Ohio-based MSP that he still co-owns, also possesses deep knowledge of the managed services market, Hulsy adds, along with a wide set of relationships with current and potential third-party integration partners.

“He brings a ton of industry connections, which are extremely valuable to us because many, many things in the MSP space are an ecosystem play where you need to stand out but also fit in,” Hulsy states.

LabTech, the RMM solution that Nachtrab launched in 2004 and that ConnectWise first established a financial relationship with in 2010 via an equity investment, is a now a fully incorporated component of ConnectWise’s recently re-branded product family.

eFolder made significant additions to its backup and file sync and share portfolio in 2016, purchasing BDR vendor Replibit in June and shipping updated Replibit BDR appliances that month and again in November. Nachtrab views those appliances as the potential nucleus of a multi-faceted data management and business continuity offering.

“You can really start to take all that data that’s scattered everywhere and start to piece it together in a way that’s much more managed and much more secure and much more resilient and recoverable,” he says.

That prospect is part of what attracted Nachtrab to eFolder, who initiated the process culminating in today’s announcement by calling Hulsy about potentially becoming a board member. That conversation led to a series of discussions with eFolder CEO and CTO Kevin Hoffman, who ultimately suggested a full-time leadership position instead.

“They’ve created a platform of data management and protection solutions where they own the IP from the bottom all the way to the top, and it’s also completely designed for the MSP channel,” Nachtrab says of his new employer.

Significantly, he adds, that platform is 100 percent dedicated to protecting, consolidating, and distributing data.

“I like the idea of a company completely focusing on data and not getting off into networking or other different technologies,” he says. “Let’s be the best at data that we can be.”

That remark alludes to eFolder competitor Datto Inc., of Norwalk, Conn., which introduced a networking solution at the end of January.

ChannelPro 5 Minute Roundup for the Week of October 18th, 2021
END_OF_DOCUMENT_TOKEN_TO_BE_REPLACED

LG Gram for Business 17 (2020): Big Reasons to Like It
END_OF_DOCUMENT_TOKEN_TO_BE_REPLACED