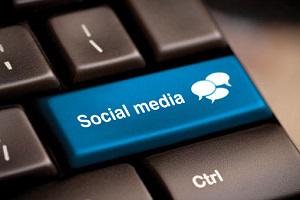 Courts are recognizing the value that data on social media platforms can bring to a case, expanding e-discovery to include posts on Facebook, Twitter, and LinkedIn. By Carolyn Heinze
Tweet

As was the case with email over a decade ago, it was inevitable that the data generated on social media platforms would find its way into the litigation process. Particularly in disputes involving trade secrets, wrongful termination, and emotional distress, courts are recognizing the value that this information can bring to a case, expanding the definition of the term “e-discovery” to include posts on sites such as Facebook, Twitter, and LinkedIn.

“If you think about Facebook or Twitter - any of these things that people are hyperconnected to--in a lot of ways it's like a published version of an ongoing diary,” says Aaron D. Crews, e-discovery counsel for Littler Mendelson P.C., the largest U.S.-based law firm exclusively representing management in employment, employee benefits, and labor law matters, headquartered in San Francisco. And, unlike a conventional diary, social media isn't just limited to text: Photos, videos, and date and time data all combine to draw a fairly complete picture of what's going on in people's lives during a specific period.

This presents companies with an immense challenge: The sheer depth and interconnectivity signature to social media renders data capture and storage extremely complex, and in many cases, expensive. While most of the sites themselves offer data collection capabilities, they're not perfect, forcing organizations to develop hybrid solutions that include Web crawling and even screenshots. Some companies also have employees interacting with social media via a proxy server, which enables data monitoring and capture.

Regardless of the tools out there, Crews advises channel pros to emphasize the importance of including social media in their clients' document retention and destruction policies. “Social media can't be this outlying data set that nobody is thinking about until litigation comes along,” he says. Companies need to establish concrete policies about how social media accounts are being used, who is using them, and what material is appropriate to post.

“That type of policy information can really help cut down on the number of cases where a corporate entity's social media information is relevant to litigation,” says Crews. Social media accounts involving exchanges with company clients and suppliers, such as those housed on LinkedIn, should be established by the organization rather than the individual employees, he adds, giving companies the right to access passwords and posts in the event of a court case.

After all, Crews notes, the data featured on social media is something companies own - whether they like it or not. “To the extent that a corporation has embraced and is using social media, the corporate entity needs to remember that social media is an IT asset.”

Pax8 Tacks Veeam and Wasabi onto Its Line Card
May 22nd, 2019
Mimecast Expands E-Discovery Capabilities to Help Increase Productivity for Legal and IT Teams
February 4th, 2020