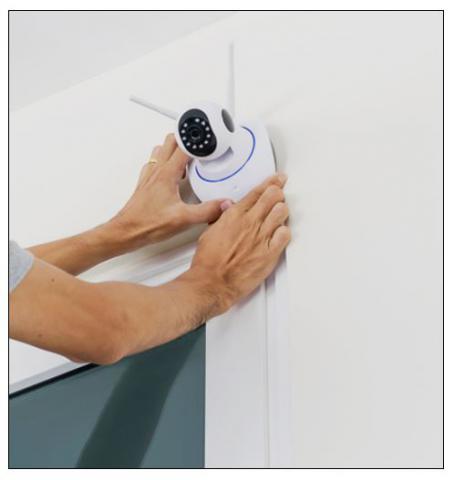 Dell Technologies today unveiled a pre-assembled “edge to cloud” Internet of Things solution for video surveillance and a set of IoT solution bundles combining systems from the Dell family of brands with intellectual property from partners.

The new offerings were introduced in conjunction with the annual VMworld conference, which is currently taking place in Las Vegas. They play a central role in VMware Inc.’s edge computing strategy, which executives from the Palo Alto, Calif.-based vendor have been outlining for attendees this week.

Called the Dell Technologies IoT Solution for Surveillance, the pre-built system is available as a reference architecture immediately. A ready-made, fully integrated solution equipped with hardware and software from VMware, the Dell client hardware unit, and the Dell EMC infrastructure business, as well as products from Dell Technologies’ RSA and Pivotal holdings, will reach market in October.

“We have now come to market with what we believe is a fully resilient, highly flexible architecture that can scale up and scale out, not just on the hardware side but on the software side as well,” says Mike McDonough, development leader for IoT solutions at Dell Technologies.

The system is the first manifestation of a larger initiative aimed at building a portfolio of pre-engineered and pre-tested solutions for a range of IoT use cases.

The Dell Technologies IoT Solution for Surveillance seeks to address the mounting challenges associated with capturing, analyzing, and storing video as businesses and governments deploy cameras with high-definition, 4K, and even 10K resolution in rapidly growing numbers.

“There’s a dramatic shift in the amount of storage and compute power required to support these applications,” notes Ken Mills, general manager of IoT surveillance and security for Dell EMC, who adds that data retention regulations for surveillance footage are compounding the problem.

“A lot of cities, countries, [and] jurisdictions are requiring at least a year of storage,” Mills says.

The new Dell Technologies solution is designed to help organizations in a range of industries tackle such issues more easily by combining hardware and software components in a pre-built, end-to-end, easily deployed package.

Core elements of the system include a hyperconverged, software-defined infrastructure foundation powered by VMware’s vSphere, vSAN, and NSX applications; private, public, and hybrid storage based on Dell EMC’s Elastic Cloud Storage platform; and Dell gateways. According to Dell Technologies, the system can scale to support thousands of cameras and 50 petabytes or more of data.

Command and control for those resources are provided by VMware’s Pulse IoT Center management platform. Version 2.0 of that product, which was officially announced at VMworld today, adds a software-as-a-service deployment option as well as low-touch enrollment and setup capabilities, enhanced real-time alerts, and new gateway configuration functionality.

Security features in the surveillance solution include support for micro-segmentation and the ability to distribute over-the-air updates to cameras and other IoT devices in real time. VMware’s ESXi Enterprise Plus contributes high availability and disaster recovery capabilities.

To promote customization and ease integration with third-party systems, the solution’s software elements come with APIs, drivers, and an SDK from the EdgeX Foundry open source project. The system’s hardware elements support the RedFish API.