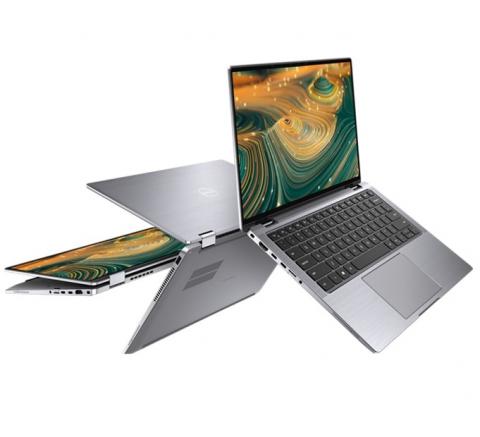 The hardware giant saw client device revenue climb 26% to a record-setting $17.3 billion in its latest fiscal quarter, and expects sales of notebooks and desktops to remain strong despite an extended recent purchasing wave. By Rich Freeman
Tweet

Some two years after the coronavirus pandemic drove a wave of PC buying that added 150 million units to the world’s installed base of notebooks and desktops, according to Canalys, demand for commercial client devices remains surprisingly strong.

It does for Dell, at any rate. The hardware giant saw client solution orders through the channel climb 20% in the fourth quarter of its 2022 fiscal year, which ended in January. Client revenue more broadly, furthermore, rose 26% to a record-setting $17.3 billion.

“I don’t know that that level will be forever, but right now we still see pretty good commercial demand,” she says.

Cook has several theories for why PC purchasing remains robust, ranging from the continued shift toward work-from-anywhere computing, to ongoing adoption of Microsoft’s Windows 11 operating system, to the accelerating return of home-based workers to long shuttered offices.

“In many cases, they’re going back to, at a minimum, two-year-old technology or older,” she notes. Indeed, data from Canalys underscores the point: over 50% of active PCs, the analyst says, are more than four years old.

“What one person needs in their role may not be the exact same as somebody else,” she notes. “There still continues to be work to ensure the right productivity device and the right capabilities are there to ensure the maximum productivity and efficiency of our workers.”

Like its client business, Dell’s infrastructure business has been performing strongly as well. Server orders specifically were up 38% in Q4 and 33% for the full year, while storage orders grew a more modest 8% in the quarter and 7% during the year. According to Cook, the same hybrid work trend fueling sales of PCs is responsible for some of those back office investments as well.

“To support a lot of this flexible, remote, do anything from anywhere environment, many companies are having to go address and update and modernize their infrastructure,” she says. That benefits solution providers as well as Dell itself, she adds.

“If I look forward, it just points to a tremendous opportunity for the partner community in general, because these needs these complexities, these trends, the fact that customers are really grappling with this, it just is well suited to the type of expertise and capabilities that partners can deliver for them,” she says.

Customer interest in as-a-service purchasing options, managed infrastructure solutions, and other emerging consumption models is driving interest among some businesses in APEX, the pay-as-you-go infrastructure and cloud solutions program Dell launched a year ago.

“I would say right now the adoption level varies by customer industry, and I think each company is kind of navigating through what their set of priorities are,” Cook says. Partners, she adds, account for a “significant amount” of APEX sales.