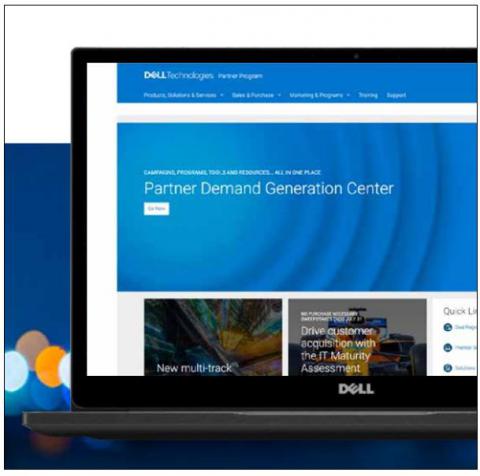 Looking to extend strong channel sales momentum across client devices, servers, and storage, the company is investing in enhancements to its deal registration and quoting tools that will automate and streamline core operational processes. By Rich Freeman
Tweet

Dell Technologies has automated deal registration and integrated quoting systems on the way to its partners.

Part of a larger initiative the company calls the “Dell Digital Way,” those and other tool enhancements are the latest manifestation of Dell’s ongoing effort to streamline processes for members of its partner program, according to Senior Vice President of Global Partner Marketing Cheryl Cook.

“We’ve been saying for some time that one of our primary objectives is to simplify the overall operating experience for our partners with us,” she notes.

Cook spoke with ChannelPro roughly a month after Dell posted results for the first half of its current fiscal year. Those included 6% channel revenue growth in the company’s client device unit, a 13% increase for server orders, and a 15.5% jump in storage and converged infrastructure sales. Those latter figures compare with a 12% decrease in overall server and networking revenue and flat growth for storage revenue in the vendor’s second fiscal quarter.

“We continue to see really good momentum and engagement from the partner community,” Cook says.

That’s reflected in deal registrations, which exceeded 380,000 in the first half of the year, an 11.5% increase over prior year figures. “Our deal registration volumes are at an all-time high,” Cook says.

Upgrading Dell’s deal registration system is one way the company plans to keep them high. Spearheaded by Jennifer Felch, Dell’s recently appointed chief digital officer, that effort will gradually automate currently manual processes like approvals. “That should be a better experience for the partners,” predicts Cook, who adds that initial enhancements are already in place, with further changes set to appear in the latter part of the year.

Better integration of Dell’s quoting tools is scheduled to start arriving in Q3 and Q4 as well. Though Dell and EMC merged three years ago, Cook notes, many of their business applications remain siloed. As a result, partners must visit separate portals to quote a single order that touches more than one Dell Technologies business.

“Today they’ve got to enter multiple tools,” Cook says. “My quoting tools for a client laptop are different than my storage quoting tools.” The integration project Felch’s team is driving is aimed at allowing resellers to do everything in one place.

The revamped quoting system will also let users convert quotes directly into orders without switching to a different interface, and perform a range of tasks that currently require assistance from Dell on their own. “We’re really working on how can we empower and make externally available more capabilities for the partners to do self-serve, rather than having to come in and ask for help or work with us,” Cook explains.

Cook credits the breadth of Dell’s portfolio, which includes not only client and data center infrastructure hardware but cloud computing and workspace-as-a-service solutions, for its strong channel sales momentum.

“We have really compelling offers in each of those segments that can meet those customers where they are,” she says, noting that partners have been cross-selling those products more often lately and benefitting financially as a result. On average, partners who sell products from Dell’s client, server, and storage lines collect 8.6 times greater revenue than those who sell from just two of those families, and 29.3 times greater revenue than those who sell just one.

The Road to Success Is Paved with Service
END_OF_DOCUMENT_TOKEN_TO_BE_REPLACED

Jabra PanaCast Review - Get Your Huddle On
END_OF_DOCUMENT_TOKEN_TO_BE_REPLACED