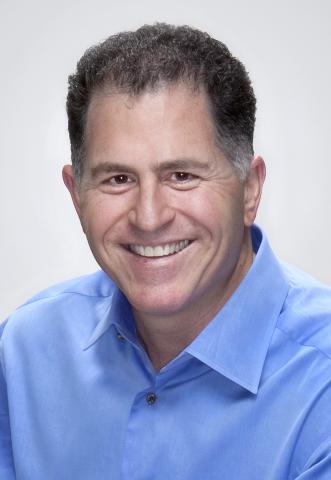 In its first public presentation as a freshly merged company combining the assets of Dell and EMC, the new Dell Technologies stressed its breadth, size, and power while saying relatively little about SMBs or partners. By Rich Freeman
Tweet

On its first official day as a new business combining the assets of the former Dell Inc. and EMC Corp., Dell Technologies emphasized a simple core message to customers, partners, and competitors: We’re big.

As in really big. At various points during a morning press conference today, senior Dell Technologies leaders noted that the newly hatched company generates $74 billion in revenue annually, spends $4.5 billion a year on R&D, and employs 140,000 people worldwide, including 40,000 salespeople and 30,000 services and support personnel.

Moreover, being big—and getting bigger—are the foundation of the freshly merged company’s strategy for the future, according to chairman and CEO Michael Dell.

“We have stated for a long time that we think scale matters,” he said, adding that with its sprawling array of products and deep financial resources, Dell Technologies is well positioned to compete in everything from PCs and hybrid cloud infrastructure to emerging opportunities like machine learning, virtual reality, and the Internet of Things.

“We feel quite confident in our ability to grow and do well in both the new, interesting, fast-growth parts of our industry as well as those where there’s consolidation underway,” Dell said.

It helps too, he noted, that Dell Technologies doesn’t answer to shareholders.

“We don’t have to cater to short term thinking that exists in the market,” Dell said. “We can think in decades.”

Just how much thinking the new company plans to do about SMBs is unclear. Though a press release published in conjunction with today’s launch event noted that “Dell Technologies blends Dell’s go-to-market strength with small business and mid-market customers and EMC’s strength with large enterprises,” all the talk of scale, breadth, and power implied a focus on big companies with big needs.

SMB-oriented partners played no role in today’s festivities either, though the press release did state that being a privately controlled company would allow Dell Technologies “to better focus investments on its customer and partner ecosystem over the long term.” It also included a quote from Tim McGrath, president and CEO of multi-billion dollar solution provider PC Connection Inc.

“As partners of Dell, EMC, VMware and RSA, we are able to provide customers with innovative, value driven, and secure end-to-end IT solutions,” McGrath said. “We look forward to strengthening our partnership with Dell Technologies to ensure that our customers have the technical support, guidance, and product selection needed to help solve their business challenges with IT.”

Today’s press conference revealed the names of Dell Technologies’ key operating units. The company’s client solutions business will continue to be known as Dell, while the infrastructure solutions business will be called Dell EMC. Other vendors under the Dell Technologies umbrella, including VMware, Boomi, Pivotal, RSA, and SecureWorks, will retain both their current brands and independent management, though executives noted that the synergies and close working relationships among those firms, Dell, and Dell EMC would further enable Dell Technologies to deliver end-to-end solutions to its customers.

“Taken together, we have an incredibly powerful set of solutions,” Dell said.

It also, however has $47 billion of merger-related debt and somewhat stagnant financials, according to a quarterly earnings update issued yesterday that reported 1 percent year-over-year revenue growth. That figure looks disappointing but actually reverses an operating loss recorded in the same quarter last year.

Jabra PanaCast Review - Get Your Huddle On
END_OF_DOCUMENT_TOKEN_TO_BE_REPLACED