Datto’s Coronavirus Plan is to Be “More Datto Every Day” 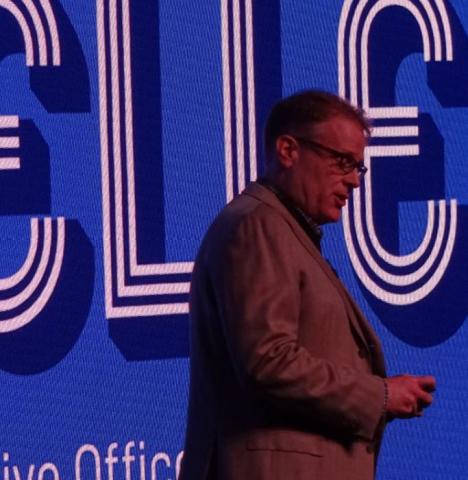 According to CEO Tim Weller (pictured), the managed services vendor sees doing more of what worked in the past as the key to succeeding in the future—and advises MSPs to think the same way. By Rich Freeman
Tweet

Months into a lethal pandemic that has upended the IT industry and the world at large, Datto CEO Tim Weller has a message for the company’s employees: Keep calm and carry on.

“I’ve cautioned the team to not necessarily do anything that different, just do more of it,” Weller says. “The biggest thing, really, is being more Datto every day.”

In Weller’s view, that in the current moment means offering continual support and advice to MSPs much as the company did before the arrival of COVID-19. “The culture is all MSP all the time,” he says. “In a way, I haven’t had to retrain the team or fundamentally change the philosophy or the operating principles.”

He has, however, cautioned the entire company, including the sales force, to avoid anything that smacks of opportunism. “We’re not running big discount programs,” Weller notes. “We don’t feel like this is the time to sell.”

It’s a better time to listen, he continues. What he’s heard from MSPs has been both predictably rough and surprisingly encouraging.

“Every MSP is having some difficulty in some way,” Weller notes. Yet much of that pain has been concentrated in specific verticals and regions. “If you were serving restaurants, obviously, that was a shock to the system and an immediate blow. But if you’re serving law firms, you might’ve had very little impact so far.”

Collectively, in fact, providers of proactive, recurring revenue services to businesses more dependent on IT than ever before have weathered the economy’s shocking plunge relatively well so far, according to Weller.

“MSPs are holding up better than I would have expected,” he says. “I’ve heard a lot of good stories for all the bad ones.”

Datto itself has exceeded Weller’s expectations financially too. Revenue has been impacted, but by less than he feared. “I’ve been fairly encouraged on that,” Weller says. “Six weeks ago, everybody’s going home, I could have imagined sales going to zero.”

Of course, that’s exactly the direction some MSPs have seen business go. Rather than roll out a big, programmatic financial assistance program of the kind announced in recent weeks by Dell, Cisco, Hewlett Packard Enterprise, and others, however, Datto has funneled targeted aid to the subset of its channel most in need.

“It’s a very bespoke sort of engagement,” Weller says. “In tough industry verticals like hospitality and others, we’ve provided some relief to partners.”

The focus for everyone else has been on showcasing best practices and offering business advice. Weller, who vividly recalls the dotcom bust, 9/11, and the Great Recession, has provided some of that counsel himself. His core recommendation closely resembles the strategy he’s employed for Datto: adapt to changing circumstances as needed, but embrace consistency as much as possible.

“On the one hand, we’re going to have a new normal for some number of one, two, three years where we are social distancing and doing masks,” he says. “On the other hand, it doesn’t strike me that you want to remake your whole business.” If the playbook guiding your actions before COVID-19 was a good one, he continues, keep using it. “Whatever you were doing successfully before seems to me to be likely to be working pretty well again in a few months.”